A senior Indonesian health official says a vaccination campaign in Asmat will move to other Papuan districts in coming months after a deadly outbreak of measles.

As many as 100 children are feared to have died in the outbreak which has struck malnourished communities.

Director of Surveillance and Health Quarantine at the Ministry of Health Jane Soepardi has just returned from visiting Korowai tribespeople in one of the remotest parts of Asmat.

She told Sally Round the health team she was with vaccinated children and adults to protect against multiple diseases. 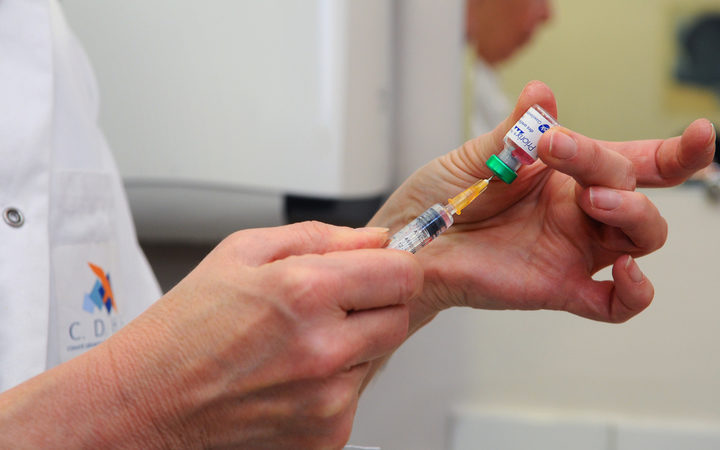 JANE SOEPARDI: Many of the children have zero immunisation status so we just give sometimes three shots at one time like BCG, DTP, Hep B, Haemophilius influenzae, because (that's) just one shot. We call that pentavalent and then (inaudible) vaccine and then we give also polio drops and for the adults we give tetanus-diptheria vaccine because we have to be prepared because at the moment in Indonesia, there were diptheria outbreaks. Many of the teams, workers, dispatched to Asmat, Papua are coming from the infected diptheria outbreak area, from Java mostly so we are afraid that this might cause diptheria outbreaks in Asmat. We did then vaccinate almost all of the adults.

SALLY ROUND: How many people were you treating?

JS: We give almost 1000 shots, vaccinations. There are three teams. One team could cover 1400 children. We also give Vitamin A and also anti-(inaudible) tablet

SR: So these teams are they going right around the district? Some of the areas are very remote and hard to get to.

JS: Yes so even though we reached one district for example we could not cover all the villages only people from the surrounding nearby capital city of the district could come and get the services. The next team should be able to cover the other villages. So we need to cover all villages.

SR: In the area that you visited, how many deaths had their been?

SR: Did you see much malnutrition in the area that you visited?

JS: Yes we found four cases and we referred those cases with help from the army to transport the  cases to hospital in the capital city of the district.

SR: Do you know the causes of the malnutrition?

JS: Actually ...  fresh fish ... it is very easy for them to get the fish and carbohydrates, (but) they depend on rice. They used to eat sago but because of the rice some of them are no longer trying to get sago so it seems like they are dependent on rice while the availability of rice is low and also they don't eat enough vegetables and fruit. The area is swamp. It's not good for agriculture. Asmat is not the only district with this condition. The other district might soon have the same problem - measles outbreak and malnutrition - so the army plans to have the same mission with the other districts in Papua. They plan to have this mission for nine months. The army also has medical teams, they have doctors, nurses from the army so they also help us with the treatment and vaccination.

SR: Are you worried about this situation developing further?

JS: Well, yes we plan to, for example, today presidential staff invite us to have a meeting to review, evaluate on the current situation and what is the next. So the problem in Asmat is manpower. Even though they have buildings, a health centre, the health workers, the number is very low,  almost no doctors, only in the capital city, even though the district provides quite enough salary for doctors but it is not attractive  for the doctors because of the living situation and malaria is very high. We are thinking of, like there should be some contracted person for each district because administration (is) very poor, governance very poor. They have enough logistics but they don't use it.

SR: Do you know how many health workers they're short of?

SR: Well a lot. Some health centres have zero manpower, some only one but at the capital city, 47. Three doctors.