The Royal Tonga Ski Federation says Pita Taufatofua overcame a host of obstacles and "crazy circumstances", to become just the second Tongan athlete to qualify for the Winter Olympics.

The 34 year old, who represented Tonga in taekwondo at the 2016 Rio Olympics, booked his ticket to Pyeongchang at the weekend, barely a year after taking up cross country skiing for the first time. 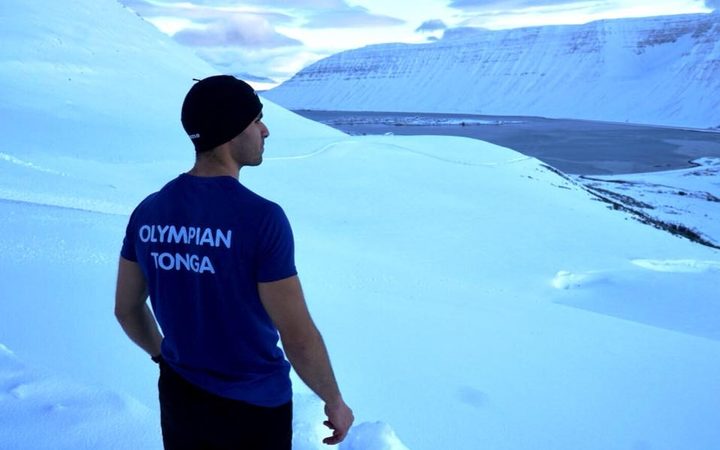 STEVE GRUNDMANN: I mean we did not have any more chances because the list was closing on Sunday and Saturday was basically his last race. It was at the end of the world with very hostile circumstances he had his last chance and he performed very well, he delivered and with the race of his life basically he nailed it and made the qualification for Pyeongchang.

VINNIE WYLIE: It was 13 months ago that he announced he was going to attempt to qualify for the Winter Games after obviously making quite a name for himself at Rio 2016. He admitted he had never been on skis before and it was a completely new thing for him but it hasn't been easy has it?

SG: No, not at all. The most complicated process was actually to make him into a long distance runner because he's a super heavyweight martial arts fighter and he lost 15kg and needed to build up stamina so his whole body was actually changing. His muscles got thinner and longer so we made that and then of course the second thing was the technique. It's not an easy sport if you've never did that cross-country skiing - especially skating - so we needed to completely start with him ski instructing with the first lesson, that he also picked up very very well, so he did actually show some talent there and he really liked it and enjoyed it and he couldn't get enough of it..."

VW: (What is the situation) in terms of the points and what he actually had to do to qualify because he only had a handful of races and I know funding and getting to certain events had been challenging for him, and even getting time on the snow. How many races has he actually competed in, how many has he finished and how far does he still have to go really to be competitive at the Winter Games?

SG: First of all we've finished every race. Even the tough ones with very crazy circumstances where he also crashed and fell or lost a ski and stuff he picked it up and went back in the race and even though he knew the race was basically over and the points weren't good enough he finished it, and that shows he has the true fighter or warrior mentality. He competed in Columbia first then it was Turkey then Poland then Armenia and then unfortunately, due to the little incident that happened at the airport, where he missed out a race in Croatia, where it was already really really tight with the points -  after that we had out last (chance) in Iceland. At every station or every venue he had either four or two races - it wasn't a lot and he could just not get the points together until the very very last race that he needed.

VW: Is Pita's qualification, is that one of the quota places?

SG: Yes. Every country would have one spot if they would have one racer below 300 FIS points. If you are above that you're not qualified for the Olympics. At the World Championships basically every could have a racer represent the country but at the Olympics you need to fulfill this quota, which is pretty tough.