Plastic bags to be banned in Vanuatu

A ban on single-use plastic bags and polystyrene takeaway boxes in Vanuatu is being billed as a benefit not only to the environment, but the local economy.

Vanuatu's government is responding to a study conducted last year around the main island of Efate that showed a large amount of plastic litter in the coastal and marine environment. 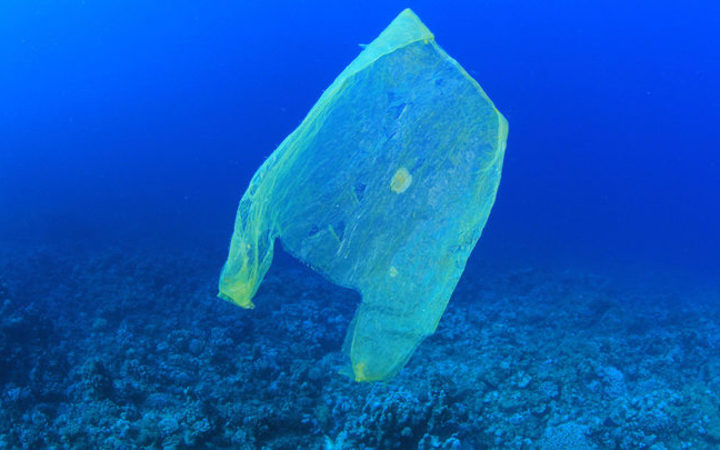 The Head of Maritime and Ocean Affairs Toney Tevi says Vanuatu's new ocean's policy prioritises the need to deal with the extensive amount of plastic waste at sea.

"Vanuatu government put in place an ocean's policy last year. We felt that we weren't managing our oceans as we should be given the challenges that it's faced so far in the ocean in terms of resources and also the fact that there's a lot of rubbish in the sea now." 0:16

Mr Tevi says the government is looking at the broader picture.

"The challenge here is what sort of plastic do we really want to do that first and then others later maybe. That report sort of help us identify which ones are the most plastic which are found in the sea. We realised okay there's a lot of polystyrene takeaway boxes and there was also plastics like single-use plastics just along the beach within the shores." 0:20

A manager at the supermarket chain Au Bon Marché, Wendy Melenamu, says the ban will require a big shift in mindset for shoppers.

"I would agree if it's to be banned. Just a thing that it's going to take awhile for ni-Vanuatu people to be afoot in that new idea of carrying their own bag into the shop to do their shopping." 0:10

"We hope to have single-use plastic bags not in use by March. This is good because it promotes the use of traditional baskets when shopping." 0:10

CEO of Vanuatu Environmental Science Society Christina Shaw says Vanuatu is in a good position as it is tackling the issue before it gets drastic.

"We're seeing the same problems everywhere else in the world. It's just starting to affect Vanuatu now, so hopefully we can learn the lesson that have been learnt elsewhere and not let it get to the stage where it has got in places where the beaches are polluted with plastic rubbish. Our beaches here are mostly still quite clean, but we don't want to have to get to that stage before we then try to address the problem." 0:24

Dr Shaw says it's about getting ni-Vanuatu into the habit of thinking about the enviromental impact of their daily plastic waste.

"There's a lot of food and drink related litter that people just unwrap what they're eating and drop it in the street, so making that learning to not dispose of things like that will be a great improvement. Also, is it necessary to have water in a plastic bottle? The water is above WHO standards, so there's no reason to drink bottled water and if you do, at least have a reusable bottle." 0:24

Companies and retailers are to be given a grace period of six months to use up their current stock of single-use plastic bags and polystyrene takeaway boxes.