The Pacific Islands Forum Secretariat is out talking to member countries about what they'd like their leaders to cover in two important meetings this year.

The secretariat is consulting with civil society and private sector organisations, as well as government officials, in the lead-up to the Forum Economic Ministers' Meeting in April and the Forum Leaders Meeting in September.

Representatives are in New Zealand and Tuvalu after talks in the Federated States of Miconesia and they'll visit other member countries over the next two months.

The secretariat's deputy secretary general Cristelle Pratt spoke with Dominic Godfrey in Wellington about developing policy relevant to people in the region. 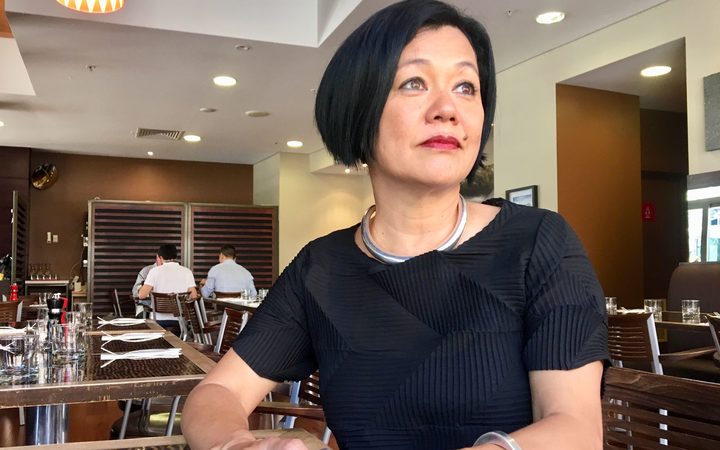 CRISTELLE PRATT: In terms of the issues to be discussed, of course it's quite open ended in terms of really what is on the mind of the public in the various countries that are members of the Forum. But we're also discussing issues that relate to regional security, looking at a collective Forum foreign policy and also having discussions around the potential of a regional resilience fund or facility, discussing issues such as labour mobility and the harmonisation and mobility of business people around the region. But these issues stem out of outcomes or decisions not just by Pacific leaders but also economic ministers when they met last year, and foreign ministers when they also met last year and just really seeking to try to garner more information and consult more as we prepare proposals for ministers and for the leaders to consider and decide on over the coming months.

DOMINIC GODFREY: You've just come from the FSM, from the Federated States of Micronesia, was there any stand-out issue for them?

CP: Perhaps the stand-out issue is really around the visibility of the Pacific Islands Forum Secretariat in the Federated States of Micronesia but it is something that we're very conscious of and this is one of the reasons for why we have started these consultations in the membership. And realising that we need to ensure that we consult from north to south and from east to west, within the Forum family. So we're very-very conscious of the feedback that we get from members and we're hoping to integrate those into the way in which we approach our engagement with members and then how we integrate their suggestions and contributions to how we would develop regional policy. And how we work as a collective and as a family internally on issues that matter to all of us but also how we engage globally.

DG: And of course one of the most important issues to most of the Pacific is climate change, but also business. Combining the two, with New Zealand, is New Zealand doing enough from both a government and business perspective in terms of climate mitigation policy as well as helping towards adaptation for other members of the Pacific Islands Forum?

CP: Leaders endorsed the framework for resilient development in the Pacific in 2016 and New Zealand, along with other Forum members, endorsed that framework for resilient development in the Pacific. The possibility of a resilience fund or a resilience facility again would be a Forum initiative or instrument, and caught up in all of that is addressing the objectives of building a resilient Pacific and that of course will include how we work together to address climate action, whether it be adaptation or mitigation. And resilience is of course is a leaders' priority. In fact leaders have requested that climate change and resilience be a standing agenda item for them.

DG: Labour mobility and trade of course for New Zealand and the Pacific is a big issue. We've got Pacer-PLUS coming to its final stages of negotiation, the revised Trans Pacific Partnership and of course smaller Pacific Island states wanting a greater rollout or a more in-depth rollout of the labour mobility scheme to extend to different industries and for longer periods of time. Will you be taking this to New Zealand for their input?

CP: It too is an issue that we're consulting quite widely across the Forum membership. It is a leaders' priority that is being progressed and pursued and we're preparing policy proposals on labour mobility and on harmonisation and the mobility of business people around the region. And so of course it will be a point for discussion here in New Zealand but also for our members within the forum family more generally.

DG: So I guess part of that, in terms of being able to offer a more upskilled workforce is to actually upskill the workforces back home in the various Pacific Island states. What has been done to move into these areas?

CP: There have been various regional initiatives already. For example, the Australia Pacific Technical - the APTC, and various training-vocational-education initiatives that have been implemented and those have been able to deliver quite positive results for upskilling Pacific peoples in their own countries for quite a number of years now. It's not to say that more cannot be done but I don't think we're starting from a low or zero base.

DG: Now looking at regional security, in the past Fiji's leader Frank Bainimarama has talked about having this regional police academy. There have been preliminary talks with Interpol, the FBI, both the Australian Federal Police and the New Zealand police. What participation has the Pacific Islands Forum had in discussions around this and where has this got to so far?

CP: At the moment, one of the issues that is being discussed here in New Zealand but also across the region is regional security and it is extremely important. And for the leaders' discussions in Samoa last year they did provide specific tasking for the Forum Secretariat to facilitate discussions on a Biketawa Plus, recognising that there are many more security issues for the region to consider. And so those discussions of course will look at the regional security architecture and the various types of agencies that might need to be established if the region feels that is necessary.

The Biketawa Plus is a potential new regional security policy which could replace the Biketawa Declaration.