Mr Paraka is at the centre of a fraud case regarding alleged illegal state payments of US$30 million to his law firm.

The case has engulfed the highest levels of government, although an arrest warrant for prime minister Peter O'Neill in relation to the case was last week quashed by the supreme court.

This week Mr Paraka failed in his bid to have proceedings against him stayed in the committal court pending the result of a national court case.

But Mr Paraka, who faces over 30 corruption-related charges, told Johnny Blades the matter is not over, and that he will file a lawsuit against those who advanced the allegations. 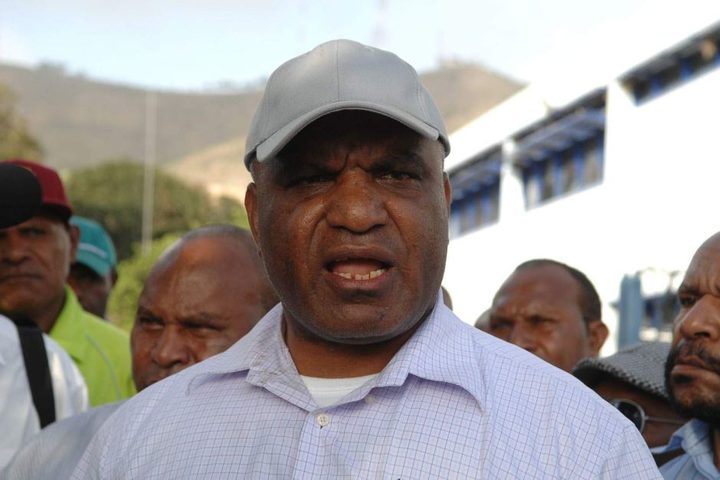 PAUL PARAKA: All this bunch of idiots got everything wrong, and I will deal with them. I've given them four years for them to do what they can do. So next year will be my turn. I'll fix them and I'll deal with them and teach them a lesson through the court of law.

JOHNNY BLADES: Who is the lawsuit going to be against?

PP: Oh well, the whole bunch of idiots, the perpetrators this rubbish: those stupid lunatic politicians, bunch of so-called idiot lawyers, the police men and women who simply ran this thing as though it's something they can run at their own whim and their own time and do damage to anyone in this country. It doesn't work that way. So anyone who was part and parcel of this stupid scheme of things to be pursued will never run away. They'll face the full brunt of the law. It's my turn to teach them a lesson. They taught me a lesson for the past four years. Paraka is not dead. Paraka is alive. And Paraka will deal with them through the power of the judicial process and the rule of law and the laws of this country, and they'll get it from me next year.

JB: The payment that (Prime Minister) Peter O'Neill was alleged to have been involved in, is this the same case that we're talking about?

PP: Yeah well it's the same case. They alleged Peter O'Neill was involved in this thing. You see the thing is, in the first place, you've got to find the fault in the foundation. The foundation is the legal bills and the work done. There's no fraud, there's no illegality in the payments. So this is all wrong. The allegation is that there was a stay order, and they are alleging that because the politicians were involved in giving directives that it's fraud. No. It's not fraudulent. It doesn't matter whether the prime minister gave direction or the secretary of the department giving direction or the attorney-general. It does not matter. The fact of the matter is the foundation, the bills have been lawfully rendered for lawful instruction undertaken, work done, and for payments done lawfully. So even if a politician authorised it, it doesn't matter, it becomes irrelevant.

JB: So why was O'Neill trying to deny it, if it's just a normal legal bill?

PP: Well that's not my matter. You ask him. I can tell you as a matter of fact. Because everything was politically charged. You see everyone was emotionally charged. You see, it all stemmed from the parliament. The opposition leader said something's wrong, Paraka's payment, Paraka's payment you know, the politicians authorised it, you see. So when the politicians authorised it, they made it look as though something was fraudulent. When in fact in the beginning those politicians should have said there's nothing wrong with the payment. This is a legitimate payment. If there's any issue about court order being breached, it's a matter the lawyer should take up in the appropriate court, and let the court determine the issue. it's not for us, the politicians, to fight over it and allege fraud.