Media freedom at risk in Samoa

A newspaper editor in Samoa says the government has introduced legislation that could be abused to curtail media freedom in the country.

The bill was tabled and in less than an hour passed into law.

The prime minister Tuilaepa Sa'ilele Malielegaoi says the law aims to deal with social media bloggers who write defamatory remarks while the justice minister Fa'aolesa Katopau Ainu'u says the objective is to protect the innocent.

But as the Samoa Observer's editor Mata'afa Keni Lesa tells Dominic Godfrey, the net result could be a lot more sinister. 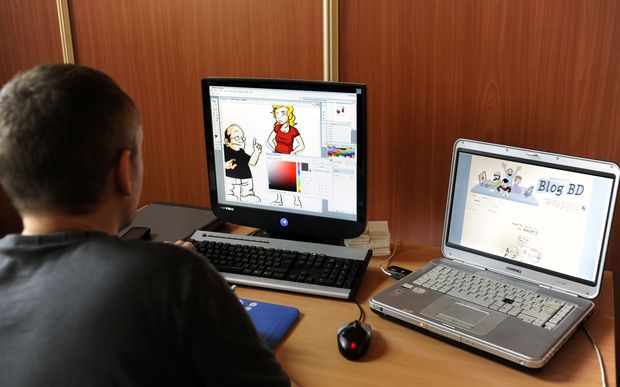 MATA'AFA KENI LESA: This is a barbaric old piece of law that's not even used anywhere else in the world now. It's a piece of legislation that's been removed everywhere else and yet here in Samoa we've gone backwards and gone and tried to bring it back. I think the main concern for us in the media will be because this law actually requires newspaper editors and any editor for that matter to cough up their sources which is very serious.

DOMINIC GODFREY: The justice minister Fa'aolesa says this is to protect innocent members of the public, what do you say to that?

MKL: Oh I think, look, we have nothing to object about when it comes to protecting innocent members of the public but from our standpoint there are already laws in place to protect members of the public and the media industry is already doing a good job in observing those laws. For example, from where I sit, I know that if we break the law we're going to court tomorrow. There are already those laws. The issue I see is that through them bringing back criminal libel is that they're trying to target the social media users, these faceless bloggers, which you know I can understand. But you're not going to catch these guys with this law, this is only designed to cripple the media the people who you actually know.

DG: So the social that it's targeting seemingly is this blogger 'O le Palemia', and as you say this is not going to successfully identify that person or persons.

MKL: Well absolutely. This law, the criminal libel law, works on the basis that you know who you are taking before the court. Now when it comes to these social media bloggers, the faceless bloggers, you've just got no idea who you are talking about here. The fact of the matter is that if the goal is to try and catch them you're not going to catch them through this law. And so really, from the Samoa Observer's perspective, that this law continues to prevent the media from doing what it's supposed to do and that is to ask the hard questions of these guys.

DG: So, for you the question is that it will force the media to identify sources which the government would say is not what it's trying to do with this but then in the future are you saying they could turn around and abuse this law?

MKL: Oh absolutely, there's nothing stopping them from doing it. They've tried it in the past and it didn't work. And there's nothing there now that will stop them from doing it, I mean, they're powerful enough as it is to make this law go through in one day. There's nothing there to stop them from doing it and I think, you know, from our perspective, from the media's perspective, we've just got to be extra careful. I mean, you and I know as journalists Dominic is that when it comes to sources, that's our bread and butter, that is our lifeblood. You know we're not going to cough up sources that easily and some of us in the media we know that even if we go to jail we won't cough them up so good luck with whatever they're trying to do.

DG: So where to from here in terms of helping the government see what's at issues here?

MKL: It's a difficult one in Samoa because as a media person Dominic I can understand the issue with these faceless bloggers. I've read a couple of them and I though well you know this is really really sad because you know people are allowed the freedom to abuse the freedom of expression. But I think really there's got to be a lot more control in terms of what's going on because you've got a government on one hand promoting the Tui Samoa Cable and when that happens there will be internet access everywhere and anybody can get on to that. You know, it will be 'O Le Palemia' times a hundred, 'O Le Palemia' times a thousand, so I think really what the government should be looking at is educating people about how to use these freedoms rather than trying to hit at a problem that's not there.

DG: So using your freedoms responsibly and understanding what comes with them I guess?

MKL: Oh absolutely and that's what it's all about. You know, if you educate people, you know how they can use this technology to benefit them and their families, I think that's a lot better focus than trying to track down certain people. I mean, good luck in finding out if you're ever going to catch them.