The Catholic church in Papua New Guinea is angry a logging company has encroached onto its land.

The coastal land at Put Put in East New Britain is the site of a mission and seminary.

The Archbishop of Rabaul, Francesco Panfilo, told Don Wiseman that in recent weeks a Malaysian company has moved on the site, started clearing it,  and appears to want to use it as a logging base. 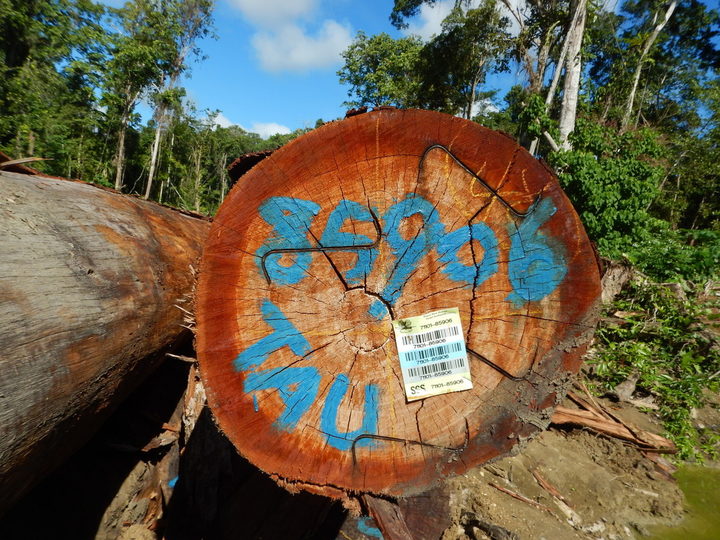 ARCHBISHOP FRANCESCO PANFILO: There was no other reason why they should come into church land to set up and do what they did, if it is not to logging. Eventually they are going into the forest and they will be logging.

DON WISEMAN: Do they know its church land?

FP: We told them. We were informed practically two weeks after they were already there. No one told us anything, until the two priests that we have there - we have a seminary on that spot, close to that area - and then the parish priest, we have a parish there now. And the two priests came to see me, thinking that we gave permission, and I said we did not give permission to anybody, and we did not know. So they were there already. They have already removed an elementary school, actually they say they are not the ones who burned down the elementary school, but it was one of the leaders of the community, to give them space because they promised to build it on another site. So they came in, we did not know anything, and certainly, the reason for which they came is logging.

DW: You have been in touch with the company and told them?

FP: Yes - our administrator Mr Doug Tennent. Doug went there immediately after we received the news. At the beginning they did not even want to let him enter. They have a kind of gate. But then he told them this is land of the church, and this and that. So they knew it as soon as we were informed.

DW: How big an area are we talking abut here?

DW: Immediately adjacent is forest. Who owns the forest?

FP: It is not really immediately, the forest. The forest is much inside but they need that space [at Put Put] because that area there was, in the past, the mission have their own  jetty. Probably they want to use it like a port or a jetty. Eventually they will bring down the logs there, and then from there they ship them because there is this jetty. So the forest, inside, is not ours, is not of the church.

DW: OK. You have been in Papua New Guinea as a priest for many, many  years -

DW: Yeah, have you seen anything like this before?

FP: No. Never seen, and I am very surprised. And I keep on repeating this. I think they go in, they do this thing because this is church land, and they think that because it is church land, it is land for everybody, that the church is supposed to be charitable to everybody. We are charitable to everybody. What is the real problem now is that this is creating tension and I am afraid that it could spill over, if the courts do not give a restraining order immediately.