A Cook Islands MP says he'll have a word with a man who has been riding a jet ski in Muri Lagoon and remind him it is strictly prohibited.

The man, who lives in Rarotonga, was seen riding the jet ski in the lagoon last week and a photo was shared on a community Facebook page.

Ngatangiia MP Tama Tuavera says riding jet skis in the lagoon is banned by the Aronga Mana (or chiefs of the village) because of the risk it poses to tourists, locals and the environment.

He says while it isn't a common problem, the incident is a reminder that people should be aware of the local rules on using the lagoon. 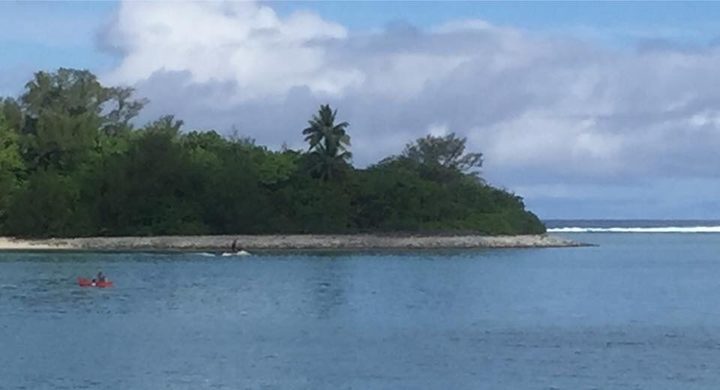 TAMA TUAVERA: Yesterday a jet skier was spotted in the water, I wasn't around on the beach at that time, at that time... I walked down to the beach to have a look if I could spot this guy, but the people on the beach said "oh no, he's brought his Jet Ski back and he's gone".

TIM GLASGOW: Does anyone know who he was?

TT: Yes, I have since found out who he was. The problems here is that people come back from New Zealand and they bring all their fandangled toys with them and they don't ask. They don't ever bother to ask if there's any rules or laws in the areas they're going to use.

TG: Has anyone tracked them down and told them [about it]?

TT: I believe he was told wasn't supposed to be in the lagoon and we're just going to see if he will adhere to that warning and if he's back in the water we are going to to go and approach him and tell him.

TG: So if people do ride around on jet skis in the lagoon are there fines?

TT: No, we don't fine them we just tell them what the law is by the aronga mana - or the law by the local chiefs.

TG: So the person, he does live in Raro?

TG: So it's probably quite worrying that someone is just going and

TT: The aronga mana are aware of it now that there was someone with a jet ski. I will go and talk to the person, because I know his father very well. We don't want to make a big thing out of it. We just want to say there is a law by the Aronga Mana that there is to be no jet skis in the water... Because there is a lot of tourist swimming, a lot of tourists kayaking and snorkelling inside the lagoon and we don't need/another accident.

TG: I guess the risks of someone jet skiing in the lagoon are pretty high aren't they.

TT: I guess the thing is when you're on a Jet Ski and turning and spinning before you know it there's someone in front of you.