The two companies keen to restart mining at Bougainville's Panguna mine continue to dispute which of them has the backing of the relevant landowners group.

Australian company RTG says the man they have been working with, Philip Miriori, has been confirmed as the chairman of the Special Mining Lease Osikiang Landowners Association.

The association owns the land around the Panguna mine in Papua New Guinea's Bougainville.

The company's rivals in the race to run Panguna, Bougainville Copper Ltd, says the landowner issues are still not fully resolved with further mediation next month to seek the views of the wider membership of the SMLOLA.

But the RTG chairman Michael Carrick says his company is a far better option for the Panguna development than BCL. 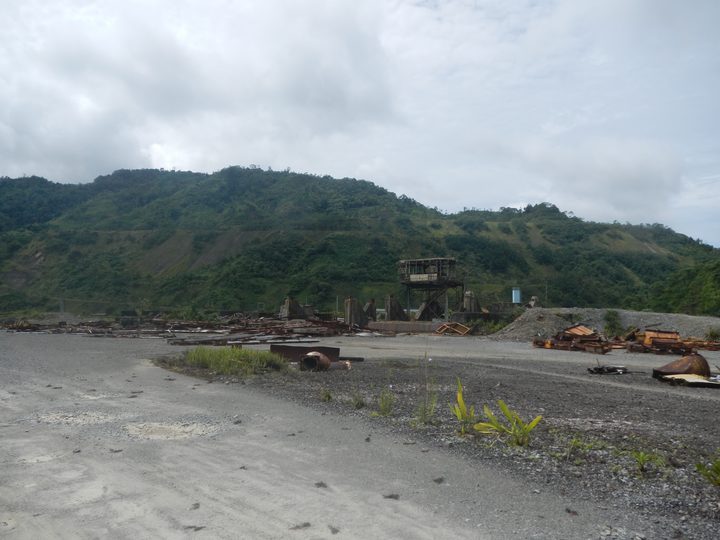 MICHAEL CARRICK: BCL have suggested a ten year time frame with no compensation and a capital cost in the order of $6 billion dollars, and most importantly, they go on to say they cannot do that on their own and they will need to find a partner. In contrast RTG recognises that Panguna needs to be developed immediately for the benefit, not just the Pangunan landowners, but all the people of Bougainville. And so what we have recommended is a far quicker strategy to development. Starting at 15 million tonnes per annum, costing a fraction of their capital and getting it in production so that the community and all of Bougainville can start to enjoy the benefits of that mine. Bougainville needs economic development and the only way that that is going to be achieved is through the save and rapid development of Panguna. The only way Panguna will be re-opened is be negotiation and the key parties to that are the PNG Government, the ABG, the landowners and BCL.. Now unless those parties come together and resolve it in a spirit of goodwill the mine will simply not move forward. So nobody has a secret magic wand. What is now clear is that sort of collaborative approach needs to be taken in order for that mine to move forward.

DON WISEMAN: The thing is though, the ABG doesn't like  you. It doesn't sound like there is going to be a meeting of the ways, at least judging by the comments that have come out of the ABG with regard to RTG. John Momis has said to me that RTG is not a real mining company, for instance. How do you react to that?

MC: Well Don you can see there has been a fundamental misunderstanding between the meetings held and the 20 or so detailed briefings that Central [Central Mekamui Exploration Limited] and the landowners held with President Momis and the two previous mining ministers. All that detailed co-operation and consultation has not apparently been apssed on to the mining minister Raymond Masono. So there is a fundamental misunderstanding of the facts. If I could address the point on RTG mining not being a real mining company. It is common practice in the mining industry to establish new companies for new projects. The global capital markets have a  preference for that so that they can focus on management of a specific project and back that. That's exactly how BCL was created. It had one project, and that wwas Panguna. Now what is important is that BCL had the management team from Rio. RTG has a management team that has a track record of global significance. We have developed seven major mines, five different countries including the first ever mine in Tanzania, the first ever mine in Mongolia and most recently the largest gold mine in the Philippines, at the Masbate gold mine. And that final point Don is critical because it is the parallel between Panguna and Masbate which is so relevant to the ABG and the landowners. We developed that mine in approximately two years. It was exactly in the same position as Panguna. There had been an old operating mine. In Masbate's case it was closed down because of low copper and gold prices. And there was general support for the mine to be re-established by the community, because they had enjoyed the benefits previously and then they were terminated. RTG stepped up. It won a social licence. it developed the mine in just over two years and it is the largest mine in the Philippines, employing 2000 people and importantly it is re cognised as the best foreign backed mine in the Philippines. Now that offer of experience and skill and access to capital markets is available to the ABG and it has to be compared to BCL which says it cannot fund Panguna, it needs to find a partner. So the question is who is that partner because the landowners do not know.

DW: There is one other issue. The Central Me'ekamui Emploration Pty, that's associated with yopu and associated with the landowners at Panguna, and that's headed by Renzie Duncan who has been well known on Bougainville for a long period of time. But Renzie has been stopped from entering the region at the moment. Is that a surprise to you?

MC: Yes. i think that is regarded by many as unfair and overly heavy handed. Afterall Renzie has worked with the community for about five years, supported them, often out of his own pocket, and has won their support. not because of money provided to them but because he has lived and worked with them for many, many years. Renzie and the landowners could not have worked more closely with the two previous mining ministers and President Momis. Over 20 meetings to ensure that he was working in accordance with the objectives of the ABG. It was only on the appointment of the new mining minister, Raymond Masono, that that attitude changed.

DW: So what would you like the ABG to do?

MC: I think it is critical that all parties get together and discuss the issues.