A new report shows catches by Thailand's distant-water fleet fishing throughout the Indo-Pacific region are almost seven times higher than what it reports.

The Sea Around Us report, released this week reveals that official, private and illegal vessels from Thailand have not been reporting most of their catch to the UN's Food and Agriculture Organisation.

The author of the report says it's a worrying sign for the Pacific fishing industry. 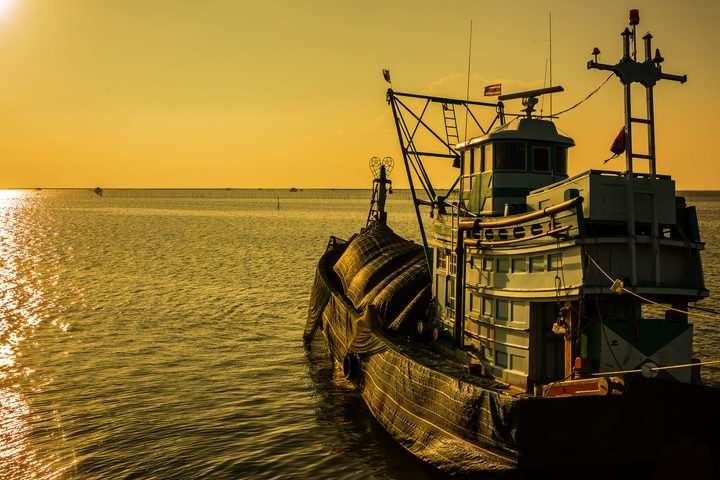 DM: Basically as Thailand's home waters became over exploited and they were catching less things that was when that expansion of Thailand's trawlers started and they started expanding into their neighbouring countries. As of the 2000s a lot of those countries started imposing restrictions on their own home exclusive zones which has pushed Thailand even further afield and try to avoid areas that might impose restrictions on them.

TG: The Thai government has been reprimanded somewhat in the last few years for these vessels taking such a large amount of fish, do you think that has had an impact?

DM: I mean they've been under quite a bit of pressure internationally. The European Union had awarded Thailand a yellow card in 2015. As a result of that yellow card they've taken it pretty seriously and they've begun to reform their fisheries and update their legal framework as well as their monitoring of fisheries so they have things like observe they they've now introduced on their vessels as well as inspectors at their ports.

TG: It has become such a big part of Pacific industry and such a contentious issue over there too. In terms of looking to the future, do you think this is a part of a worrying trend?

DM:  I think it is a worrisome trend. Our project, the Sea Around Us project we actually did a paper to look at the catch from all round the world and how that catch has changed over time and we found that catches have been declining since the 1990s and that is a worrying trend for sustainability. Our hope with papers like this is to bring attention to this issue and hopefully encourage people to adopt better regulations and management.

TG: What are some of the things that the Pacific fishing industry can do to combat this?

DM: One of the things that we hope is that all these great components of catch that frequently go unreported are then included in estimates of how much fish are really being removed from the ocean because it is really difficult to estimate the size of your stock and how your fish populations are actually doing and how much you can actually take out  without your fish populations declining.