A long-time anti-nuclear advocate Vanessa Griffen says Pacific Island states have an important, ongoing role to play in the campaign to rid the world of nuclear weapons.

Her comment comes following the award of the Nobel Peace Prize to the International Campaign to Abolish Nuclear Weapons.

The Campaign, a coalition of NGOs, organised the nuclear weapons treaty that was adopted in July by 122 states, including six pacific countries, in the UN General Assembly.

Dr Griffen, a Pacific-based researcher and writer, told Johnny Blades that it was timely that the Campaign was being awarded the Nobel Peace Prize. 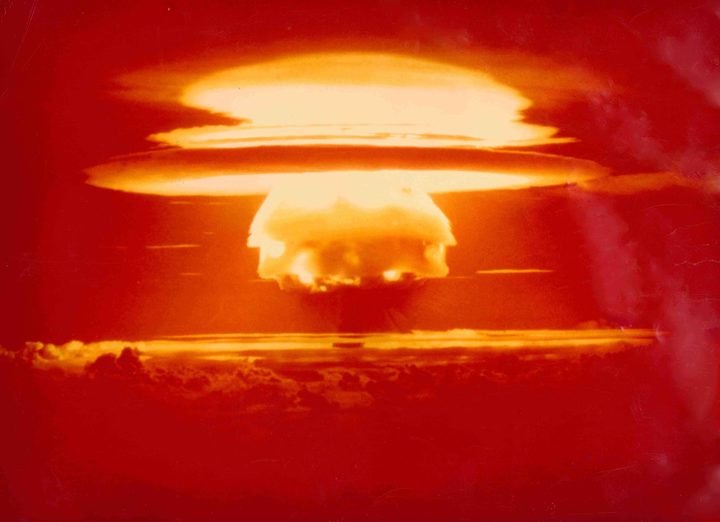 VANESSA GRIFFEN: To have the recognition of the Campaign and of the treaty, because that's part of the citation for the Nobel Peace Prize, is very important. And the Nobel citation is that it's not only an achieving treaty to prohibit nuclear weapons, but the humanitarian consequences of nuclear weapons, and highlighting that the whole campaign to change this debate from being on nuclear weapons as a security issue, as a defence issue, by only states basically declaring for the rest of the world what those weapons mean, to a totally different focus on what those weapons do. And the fact that really all humanity, or any part of humanity, will be affected by any use or any accidental use of those weapons. So it's getting down to them just simply as weapons, whether they're going to be used deliberately or not. But they are dangerous, extremely inhumane. We cannot control the consequences. And by 'we', we mean the medical profession, we mean even our environment and earth, should there be a use of nuclear weapons. So I think it's timely that this campaign has got the attention of receiving the highly prestigious Nobel Peace Prize.

JOHNNY BLADES: Pacific Islanders can really attest to the effects of nuclear weapons testing. There's a living legacy in numerous parts of our pacific region, and that's why the involvement of these states is quite important in this whole campaign, isn't it?

VG: Yes. It's interesting that, I think, for the Pacific you had a Pacific-wide support for the countries that were directly experiencing nuclear testing. If you think of our region physically, geographically, how vast it is, how small the islands are. The people, once they understood the effect of radioactivity, what was being done particularly in the South Pacific, in the last few decades from 1966 onwards, of the french testing... because the movement started on what was then the current testing, but you had the history of the Marshall islands being a part of the US' weapons testing so soon after the first use of the two Atomic bombs on Hiroshima and Nagasaki. And the Pacific states have been really great, not just in the immediate adoption of the treaty, but all the years before of, you know, having a resolution to say we must negotiate for a treaty, attending the humanitarian conferences that preceded the General Assembly resolution that produced the Treaty process. So they definitely have taken a part, and I think the history and memory of it has not faded. And as states they've played an important role, their numbers are significant, but their commitment is great.

JB: There is a nuclear threat which I think is bringing a lot of people's attention to the fore on nucelar issues, around this North Korean issue with the United States. Could there be some real momentum to advance this campaign because of that?

VG: It highlights the fact that the threat is real. Otherwise you do have the fifteen thousand weapons, nine nuclear-armed states which have them, and this whole portrayal of them as, you know, you won't use them, you will threaten to use them - that's the whole theory of deterrence - and so it's like this armed force that will not be used. Now we have the reality: they can be used. I was just reflecting before this that in the US and North Korea case, you have one, a nuclear-armed state actually threatening to use its nuclear weapons, and saying it will use the full force, and being vague about it, but clearly implying a nuclear weapon use. And then you have North Korea continuing to test, to test its delivery and.. it's not clear that it has a nuclear weapon that it will use, but it's also that threat that it does, and would use it. It's threat of use overall is interesting for us to note. Where would it be used? It actually would be in the nearest outpost which it regards as a US territory, which is Guam. Again in the Pacific. So inevitably no part of the world is separate from this threat of use of nuclear weapons, and the Pacific continue, and in fact ironically or very significantly, to always somehow be in the picture, and we are there now.

JB: Do you think any of the world powers would listen to Pacific Island leaders on this?