The French prime minister Edouard Philippe has taken the initiative in preparing next year's independence referendum in New Caledonia.

At the end of a four-day visit to the three provinces, he gave a much awaited speech to the Congress in Noumea to state the parameters of the process.

The vote next year will conclude the 1998 Noumea Accord and put New Caledonia on a new trajectory. 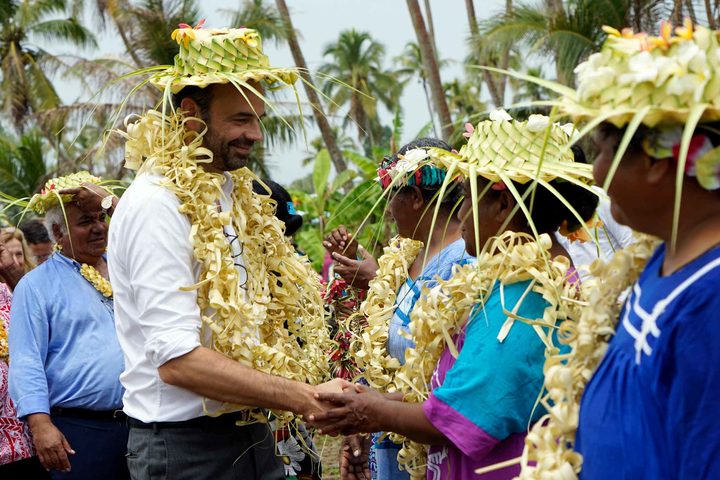 Listen to the full speech here

Edouard Philippe has set the tone and the agenda for the next few months, showing leadership to local politicians.

Uncertainty has lingered and spawned a number of scenarios, including plans to defer decisions for fear of unrest.

But Mr Philippe is determined to push through the Noumea Accord which provides for transfer of power from Paris to New Caledonia, as well as a vote on full sovereignty.

He stressed the need to get as many people as possible to enroll and to vote.

"The result will have to be recognised by everybody as legitimate and sincere."

Reaction to his speech by New Caledonia's politicians has been positive.

Pierre Frogier, a former New Caledonian president and now Senator in Paris, is pleased with the prime minister's initiative.

"He has worked towards the French state again becoming a determining actor in the Noumea Accord. Today we have the proof."

Sonia Backes, who is firmly in the loyalist camp, noted that Mr Philippe wants to adhere to the basic question of whether to accede to full sovereignty - or not.

"We are reassured about the clarity of the question because the question will have to be 'for or against independence' or to stay with France. Which means it is binary question."

In his speech, Mr Philippe outlined the method he wants to use to reach his goal.

"First, a dialogue restricted to about a dozen delegates nominated by the political forces. It is this group that can collectively decide the way and means of making public the work and the development which I will raise."

In the first week of March, the signatories to the Noumea Accord will be back in Paris to take stock.

To protect the process, Mr Philippe wants to supervise campaigning.

"That's why I have proposed setting up some form of commission of elders that can watch that the comments and debate stay true to the promises given, and that they live up to the standard that will be passed on to the young generation."

Mr Philippe says this is not meant to be censorship but a way of keeping the peace.

And he exhorted everybody to work towards a common future.

"Our world is changing right here. We are changing it and we have to be up to it as we are. The signatories, the elected members, society, the state. and I have confidence."

The path to the referendum will involve a lot of work. It will again get more attention as Emmanuel Macron is due in Noumea next year.