An Auckland-based Pacific publishing house celebrates 10 years of business operation this month and is already looking towards the future.

It's business model takes profits from commercial and public vendor work which is then used to produce Pacific books and other content such as videos.

Auckland based Little Island Press is holding a celebration in Samoa this week.

Publishers Tony Murrow and Evotia Tamua told Sara Vui-Talitu about the challenges and highlights within a highly competitive and overcrowded publishing market place. 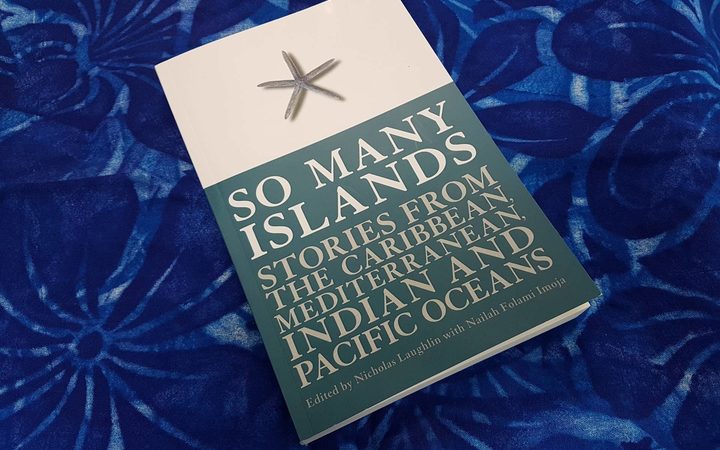 TONY MURROW: Most businesses don't last very long so it is almost surprising that we've got this far. I suppose that I am now thinking now about preserving what we have got and growing on it and we have lots of plans to develop and to increase the number of books we produce every year and getting this particular distribution and availability of those books sorted out because it is a difficult marketplace the Pacific and difficult getting books into the islands and even harder getting the money back but we have to use what we have got and do better. That is the challenge maybe for another 10 years.

SARA VUI-TALITU: Has it flown by?

EVOTIA TAMUA: Yes, it is like when you turn 22. You can't wait til you hit 21 and a year later you hit 22 and think wow that was really fast. Ten years sounds like a long time and it is a substantial amount of time and it is literally ten years, but it feels really quick. I mean I still remember thinking sitting in that cafe in Titirangi like why don't we just do it? What is the worst that could happen, we could fail. Let's call it this and we can open up a bank account and get the IRD number and OK these are the books we are going to produce. We produced and published two of those and that was that.

TM: And we have been publishing everything else since.

ET: Yeah and then we ended up publishing for a whole lot of other people and our original list is still there.

SVT: Highlight over the decade?

TM: I still like how we published Semisi Ma'ia'i's Samoan dictionary because that was so difficult and there were so many publishers who had turned that book down and we just did it, and we didn't get any grant or funding for it and we just decided we would do it in a particular way and we'd do it ourselves and dictionaries particularly of that size are incredibly difficult to produce and there were production issues with it and we did that and I am really proud of that.

ET:  I agree with Tony. It would have to be Dr Semisis Ma'ia'i's Tusi'upu dictionaries. Each book is special and unique but that one, because it was was quite early on when we started and nobody else was willing to take that risk and so we did that and it did well and is still doing well which is really really great because it is a resource that people want to have access to and making it available worldwide gives people an opportunity to get that information into their hands.

SVT: Biggest learning along the way?

TM: Well like any business you are learning something new everyday. And we were just talking to an illustrator and saying well I have been working with books for like 30 years now but I am still learning a lot about the technology of the book and so it is this sort of willingness to learn and the willingness to having learned something to then improve yourself and get better at what you are doing

SVT: Vision for the future?
TM: We will be producing more books and with more books, we should get more stability in terms of our business model and I suppose that is the basis with the publishing industry is having enough titles but then actually being able to sell to market and distribute those titles. So we have basically reached a threshold now so we now just have to build on that and consolidate is the plan for the next 12 months.