Environmental knowledge key to deep sea mining in the Cooks

The principal scientist for New Zealand's NIWA research institute says a lot more needs to be known about the Cook Islands' deep sea environment before any mining can safely take place.

Malcolm Clark says while technological hurdles are being overcome for mining five kilometres down, the environmental implications are not well understood.

Dr Clark spoke with Dominic Godfrey about the agreement the Cook Islands has with Texas based Ocean Minerals.

The company has exclusive rights to apply for manganese nodule prospecting and exploration licences in 23,000 square kilometres of the country's exclusive economic zone for up to 18 months. 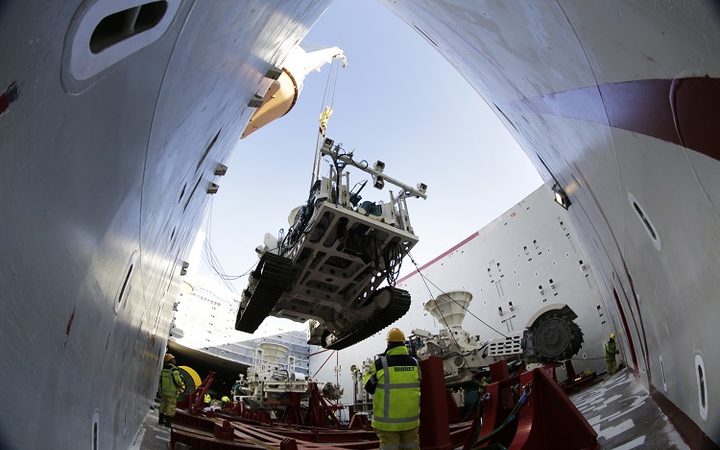 MALCOLM CLARK: To undertake some exploration research, to understand more about the distribution of deep seabed minerals, some of the geological prospectivity associated with them, and also while they're doing that get an understanding of what environmental issues they will need to understand and to cope with if any development of the resource proceeds.

DOMINIC GODFREY: And in terms of coping with environmental developments, assuming there you mean mitigating their impact on the environment as well?

MC: That's right. The Cook Islands are interested certainly in developing their own national resources but very similar deep sea mineral deposits occur outside the EEZ spreading across the Pacific Ocean to the east. So in terms of the environmental issues that the Cook Islands are aware of, a lot of information is coming into the process from similar mineral deposits outside the EEZ. So in areas beyond national jurisdiction, under the United Nations Convention on the Law of the Sea, there's a body called the International Seabed Authority which has a mandate to govern, to manage, any exploitation for mineral resources. So the International Seabed Authority is a global body which basically going through a very similar stage in the deep sea mining cycle as the Cook Island or other prospective countries such as New Zealand and Papua New Guinea.

DG: So the lessons learned from this international UN authority on deep sea prospecting - slash - deep sea mining, what are the concerns for the Cook Islands' deep sea beds?

MC: Well the Cook Islands and New Zealand of course are very close and that relationship extends to environmental science. So agencies in New Zealand, such as NIWA, have been working in collaboration with the Seabed Minerals Authority in the Cook Islands to ensure that the environmental issues are well understood. But also to look at the geological prospectivity so that if there is any development of deep sea minerals in the islands, the requirements for management to safeguard the sustainability of the deep sea ecosystem, to ensure there are no impacts on fisheries for example or on tourism, the interaction between potential mining areas and the recently declared Marae Moana, the marine park, that these things are all taken into account. So that any development is well controlled, well understood, so that there are no basically nasty surprises if anything does develop. At the end of the day, the deep sea is still a place that we know very little about.

DG: What about the way ecosystems work together? There seems to be very little understanding of the way these deep sea environments impact on us at the surface.

MC: You're very right. The deep sea is a very poorly understood system. There are no boundaries in the oceans and so an important consideration for deep sea mining is that it's going to have components at the surface as well as on the sea floor. In the case of the Cook Islands, the polymetallic nodules that they are looking at potentially exploiting, they're at depths of 4000 to 5000 metres. These are all elements that need to be controlled and managed to avoid or to minimise any environmental affect.

DG: How does one manage, or police, something that's happening five kilometres below the sea though?