MP pushes for NZ to keep vocal on West Papua

Demonstrations have been held around the Pacific to mark the anniversary of West Papua's declaration of independence when the Morning Star flag was first raised.

The Morning Star was subsequently banned.

At the flag Morning Star raising ceremony in Auckland, the New Zealand Green MP Golriz Ghahraman said it was important to maintain vocal about the issue. 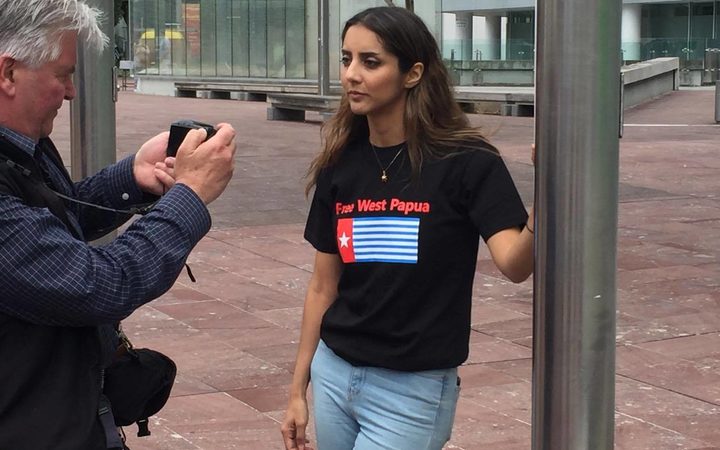 GOLRIZ GHAHRAMAN: The West Papuan situation is essentially one of the most serious ongoing human rights abuses in and around the Pacific, which is our neighbourhood. So standing by or being silent starts to become complicity on our part and New Zealand's always led on these issues in a really proud, strong way. The West Papuan people are being effectively brutalised, and live under quite forceful colonised conditions, militarised essentially. And their resources, including the pristine rainforests, some of the most untouched in the world, are being essentially being sold off for corporate interests. These forests of West Papua are where many of their people get their livelihood. This is where they live and (provides) the food that they eat. These are their resources, so to be alienated from them is devastating for west Papuans. But apart from that there is a real crackdown on thei culture and their human rights. So raising the flag, like we did today, is something that would result in you being 'disappeared' and tortured if it was done in West Papua. And we say that is not fair. In fact it's a human rights abuse and criminal. So in order to bring light to this, we've talked a lot about New Zealand retailers not selling the wood that comes out of West Papua's forests, to keep this on our agenda in terms of foreign affairs policy, which I will do through the Foreign Affairs and Trade select committee. We have that on the agenda, so we'll be questioning the Minister of Foreign Affairs on that through that select committee (later this week). And we've asked for a report, and there's the decolonisation committee that we'll be seeking word from as well. So it is really important for New Zealand to stand up for those who can't really stand up for themselves, because they are living under effective military rule. It's the injustice... the disparity and might I guess that really is at issue here.

JOHNNY BLADES: And how can the government practically overcome Indonesia's traditional blocking of the issue, because you know Indonesia's a friend, but a powerful country too?

GG: That's right, that's right.  I think we can keep this on the agenda with them in terms of diplomatic pressure. I would like us to move to a place where we regulate trade in such a way where we don't trade in a way that benefits from human rights abuses including environmental atrocities. So I would like us in our law to take into account things like the way that products are made and the way that resources are gotten before we buy these things. And if our retailers are aware of that then they'll stop kind of profiting from human rights abuse.

JB: The Pacific Islands region feels very deeply about West Papua. But does New Zealand have an obligation to advance those concerns on the world stage?

GG: We absolutely do. We've always had amazing soft power, so to speak, in diplomacy. You know, we're very well respected, and these are people who can’t speak out for themselves because they face immediate violence if they do. So it's not a situation of interfering. It's giving the voiceless a voice. They've been resisting for such a long time, and it's so difficult for them because they're under a brutal regime. So while their rights are being abused and we're being silent, it does become complicity.