An official Tahiti team will not be part of the Pacific Mini Games, with the territory's athletes to compete under a neutral banner, following the French Polynesia's government's decision to boycott the event.

The government withdrew support following a disagreement over who should represent Tahiti in boxing and rugby sevens in Port Vila. 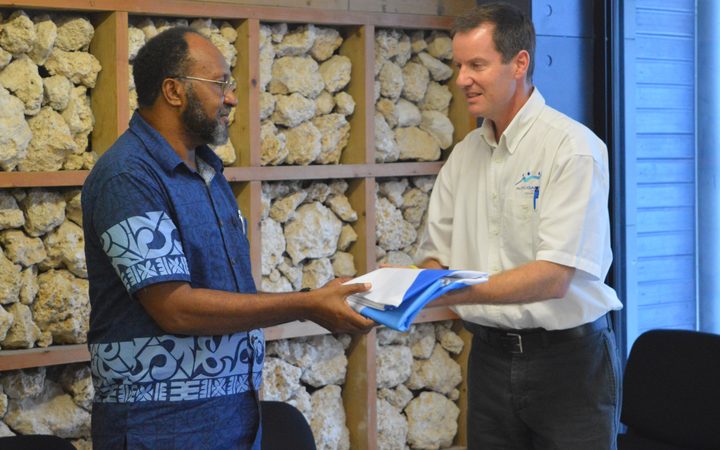 ANDREW MINOGUE: But the other sports are not as a result of the boycotts in the government. The position of the PMC is we do wish to respect the protocols around national representation so if the Tahiti government is not endorsing the team and there is no NOC or what we call PGA in place, the athletes can compete under that banner so there is no causing any embarrassment back home. The athletes parade at the opening ceremony they will come in second to last just before the home team and they will be under the PGC flag and similarly if they win any medals they win for sports they are competing in they will go under the PGC flag that will be raised not the team flag.

VINNIE WYLIE: So the council has always been keen for the athletes to participate and you said as long as the  federation is recognised and they had registered you'd be happy for them to come. So when was this designation made to compete under the banner. Would a decision have to be made? Or is that always the way it stood?

AM: No it was just a decision that our executive board took and the government has made it clear these two sports are coming but they are not able to represent Tahiti. That's their position and we are trying to respect that and not cause any further embarrassment over this but those two sports are entitled to be here because of the affiliations they have with the federation of international boxing and the world rugby. So I think that is a fairer solution and  it does follow the protocols you have probably noticed at other games like the Olympics where you have the refugee team and the East Timor team which we had in 2000. So there is that scope for certain athletes to be able to participate in the games ,but under this sort of flag not their country flag.

VW: Has this happened before at a Pacific or Pacific Mini Games?

AM: Not that I am aware of, certainly not in the last 10 years or so.

VW: So if Tahitians do win a medal in their respective sports, how does that equate to the table and that sort of thing?

AM: If they do win a medal, the PGC is the designation under the medal tally so Tahiti has been removed and PGC has been put in its place.