Vanuatu's opposition leader says the government has conceded the country's interests too readily to satisfy international requirements over its tax haven status.

Parliament has passed various bills as part of reforms aimed at removing Vanuatu from the money laundering grey list of the OECD's Financial Action Task Force.

The grey list consists of countries regarded as having inadequate provisions against money laundering and terrorism financing.

Ishmael Kalsakau spoke to Johnny Blades about the opposition's concerns about Vanuatu changing its laws to meet the Task Force's requirements. 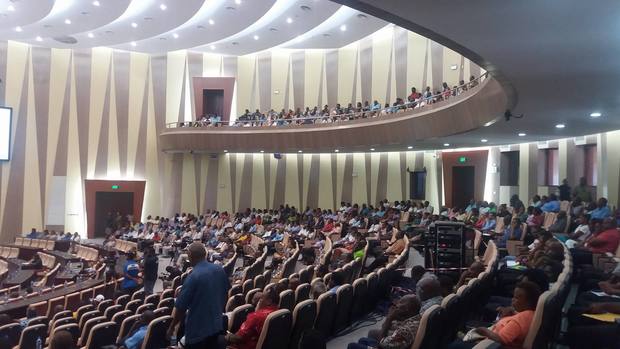 ISHMAEL KALSAKAU: Every time we legislate, after we legislate they shift the goalposts. We would like to know what needs to be done to get us off the grey list, and get all of that together, and once all of that's together then we can legislate the entire requirements that are necessary. Given there is no light at the end of the tunnel, we would need to be satisfied first that what we are doing will, once and for all, get us out of the grey list, and secondly is done in a way that does not corrode upon questions of sovereignty and integrity.

JOHNNY BLADES: Do you, in your opinion, feel that the offshore financial sector is still beneficial to the country?

IK: Of course it is, of course it is. And it would be an understatement to say we have been treated unfairly. We've just been through a category 5 cyclone, and we're still recovering from that and there needs to be an understanding of the Vanuatu setting. We don't have to deal with issues of terrorism and our track record shows that there has only been one to two cases of money laundering and proceeds of crime and overall we have a justice system that works. We actually don't see a need for us to move away from our tax relief just so that we must align our laws to be like the regimes in other countries. We are happy with our tax haven system and advocate transparency but transparency that corrodes upon sovereignty we have to look at very very carefully and we should not have to rush through legislation that is quite technical and lengthy in some of the documents and parliament treating it in parliament just like its plain pieces of paper.

JB: Is that what you feel the government is doing? It is trying to change things too quickly and too dramatically in the tax system?

IK: Of course. The responses we have been getting from the minister of finance and the PM in parliament is that these are standard requirements and we can't do anything to change this and we have got to comply with OECD requirements and there hasn't been concern by the PM to do something about it and have legislation that defends Vanuatu as well as at the same time as well as committing to our international obligations. The PM himself said it remains to be seen that after the legislation has been passed whether the implementation accords with the requirements of the FATF.