The SPCA in the Cook Islands wants help to do something about wandering dogs which bother livestock on Rarotonga.

It wants more education for dog owners and encouragement for them to take responsibility for their pets. 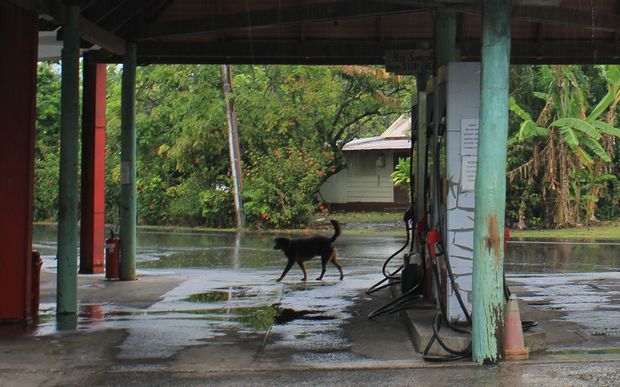 Dogs in Cook Islands are often referred to as "wandering dogs" rather than stray dogs, as 98 percent are owned and have a home.

But the SPCA's inspector, Steph Saunders, says the majority of dogs are not tethered or wear muzzles, and they roam in packs often attacking pigs and goats.

"A lot of livestock are in people’s backyards and dogs have pre-access to them. Most of these livestock animals, they are not held in paddocks. They're generally tethered as well, so that is a real problem, they literally are just sitting there able to be plucked off and while we all love our domestic pets, we care equally about production animals."

Ms Saunders says imposing penalties on dog owners caught in the attacks may bring change, but more needs to be done.

"It's not just about penalties, it's about educating the public as well and trying to generate change and the way they perceive that a lot of people see animals here as not having the same feelings and processes that we do, not feeling pain like we do."

Police inspector Solomona Tuaati says dog owners could be fined up to $US344, and have the dog seized and euthanized...

But he says that's not all.

"The owners of the dogs who's responsible for the attacking of stock is also liable for the cost of the damages that their dogs have done, so in cases like that where more of the Ministry of Agriculture to give us a quote as to the damages and then we put that forward to the court, but it could cost a lot of money too."

Our Cook Island correspondent Florence Syme-Buchanan says the wandering dogs issue is serious because of the reliance many families have on their livestock.

"They would rely on pigs to be part of their diet and that's why they raise pigs or they might actually sell them, so that's a huge disadvantage if they lose their pigs that way."

Ms Syme-Buchanan says desexing the dogs is not an excuse because veterinarian clinics offer their service for a token fee.

Steph Saunders says SPCA wants funding from an international trust to help desex one thousand dogs within a year, but to also provide another service for owners.

"A lot of families don't have transport or even more than a scooter, so getting their animals to the vet clinic can be a problem as well, so that's where SPCA offers free transport, so really it only takes a phone call at this stage to have your dog desex."

The police will complete a dog census in the next couple of months identifying owners whose animals are not registered.

The act states that owners must have full control of their dog, including using a leash when in public.

Inspector Tuaati says warning notices will be issued to unregistered dogs when found.

"The only advice to our people is to get their dogs compliant, have it registered and please keep it under control and under control means if it's not in your yard, if you take it out it must be on a leash otherwise we would consider it as dogs not being under control."

There are 4,000 dogs in Rarotonga with 98 per cent of them considered friendly.