There are concerns in the Cook Islands that a spate of recent fires may be arson.

This is the view of retired Australia police detective, Rod Henderson, who now lives on Rarotonga.

Mr Henderson has been studying a series of fires over the past fortnight and he believes there are similarities to fires around the island in 2012/2013 when multiple businesses, schools and homes went up in flames, leading to speculation the fires were deliberately lit.

The government offered a reward for information that would solve the mystery but there were no takers.

Don Wiseman asked Mr Henderson what convinces him these latest fires are arson. 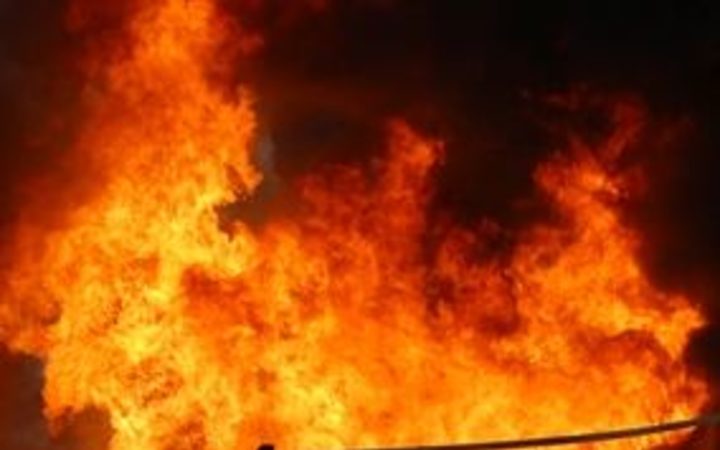 ROD HENDERSON: Everything points to it at this point. The one that worries me the most is the house that was completely destroyed up in the Avatiu Valley where two people were inside and they are saying it's arson - they believe's it's an arson.

DON WISEMAN: What else is there that points to these events being arson?

RH: Well on that particular occasion it was a wet night, so the occupants of the house feel they were targetted. I think the fire people aren't so forthcoming with their analysis. They are saying they are waiting for further evidence to come forward from their people.

DW: You are somewhere who has looked at this sort of thing before in your career as a police detective in Victoria. What can motivate someone to burn down homes, burn dowwn commercial buildings, and why are they doing it?

RH: Well I did an article last year on all this. I went to a website, an FBI website and I turned upan interesting article there that talked about serial arsonists and sort of gave a profile on them. And a lot of times people do it for the kicks, the excitement, to see the firefighters in action. They are indiscriminate who they pick on. They are people usually who have been in trouble with the police, loners. They are sort of a stereotype and they are hard to apprehend because they don't share much about what they wwant to do.

DW: What you expect them to want to show off, tell their friends?

RH: Well you would think that but they are really hard to catch serial arsonists because most times there is no evidentary forensic evidence left, everything is destroyed, and they don't usually brag funnily enough. They will keep it to themselves and that makes it much harder for the police to apprehend them.

DW: Rarotonga of course is a pretty small place. The chances of someone hiding or keeping quiet about something like this for such a long period of time, well that sounds like a very difficult t hing to do.

RH: It does doesn't it. And the government after the 2012/13 events posted a $NZ20,000 reward for information leading to the conviction of whoever was doing it and no one came forward. So you would think that somebody in the community knows who it is, maybe they are protecting them, maybe they are relatives - something of that nature but you would think that somebody knows.

DW: So you are absolutely convinced that these could not be naturally occurring accidents, things that have happened for which there is no immediate explanation.

RH: Well particularly the earlier ones where there was nobody ever caught, the police and the authorities were emphatic that they were all arson and serial arsonists go into hibernation,, sometimes for weeks, months or even years. And it is significant I think at this time of the year that we are getting this small spate of fires now, which coincided with the months that they were occurring in 2012/13. So I will be interested to see if there are any more and if this pattern starts to re-emerge again.

DW: What are you suggesting could be done. Police offered a reward, what else can they do?

RH: I think what they could do, they could take the offensive and start an island wide door knock. Go to each house, particularly in the village where the fires were occurring, get the confidence of the people there, reassure them that they are on the job, and then probe for clues or for names that these people think might be responsible. Our people here are a little bit shy to come forward with information on these types of things and I think it would behove the police to get out and do a co-ordinated and concerted door knock, to cover the whole island if it is necessary, because we don't want more lives lost. In this case just recently up in the vally two ladies were in a house and were lucky to escape with their lives. And we don't a re-occurrence of that again.