The closure of Australia's immigration detention centre on Papua New Guinea's Manus Island could be delayed by court action.

Lawyers plan to seek orders that may result in food and water services being maintained at the centre beyond its slated closure date of October the 31st.

600 refugees and asylum seekers detained at the centre are refusing to move to the island's Lorengau town for fear of further attacks by locals. 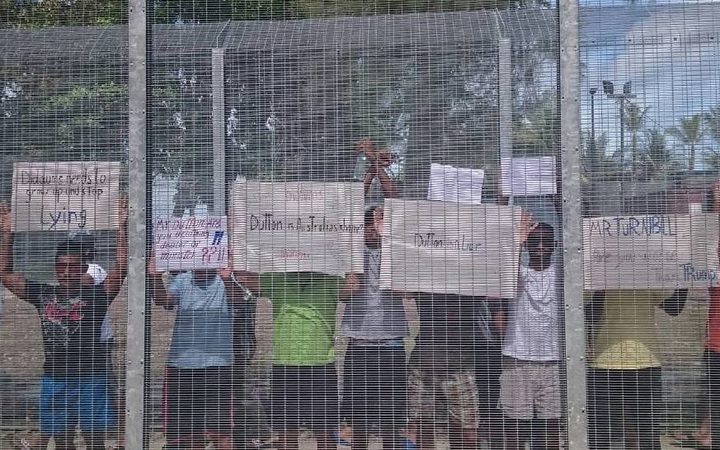 An image from the the 61st day of protest in the Manus Island detention centre. Photo: supplied