A Fijian man resident in New Zealand says he hopes the country's new Immigration Minister will intervene to stop the deportation of his intellectually disabled son.

20 year old Sagar Narayan has been told he has until Friday to leave New Zealand after his residency application was turned down.

His father says he has no relatives to look after him back in Fiji and fears he may not survive if forced to go back. 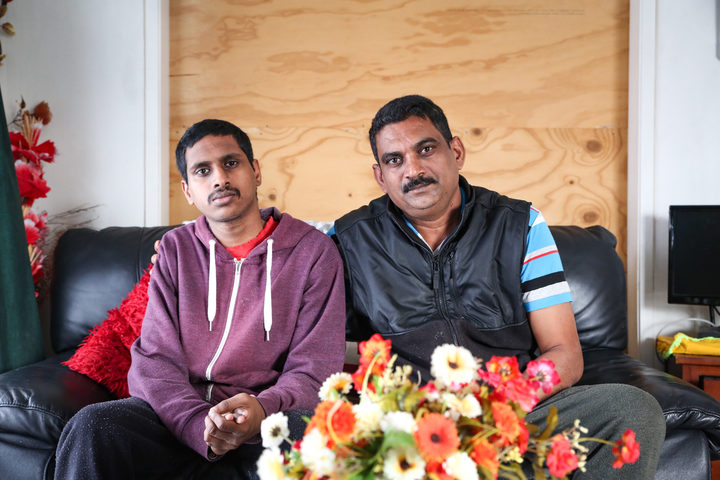 In his apartment in Kelston, Lalit Narayan cares for his son Sagar with the help of his three other children.

Lalit Narayan came to New Zealand in 2008 and got citizenship but he left Sagar in the care of his parents in Fiji.

Soon after his mother died and his father grew ill so Mr Narayan moved Sagar to Auckland, where he was able to stay on various short term visas.

He applied for permanent residency but was denied and Sagar has been told to leave the country by Friday.

Mr Narayan says he has no family left in Fiji to look after him and to go back with Sagar would mean abandoning his three other children, who are all New Zealand citizens.

Immigration Lawyer Alastair McClymont says Sagar's application was denied because of a 14-thousand dollar cost to the government to educate him.

But he argues that because Sagar is now 20 and no longer in the education system, he won't be a cost.

He says after approaching the Fijian Government and enquiries by advocacy organisation IHC, it appears the only option for Sagar  in Fiji would be hospital for the rest of his life.

"He's an intellectually disabled 20 year old who's able to things by himself in the home with his family. He doesn't need any residential care here in New Zealand but that will be the outcome for him if he goes to Fiji."

"If Sagar is detained then there is a possibility of a judicial review of that through the High Court looking at New Zealand's obligations to various international conventions. Immigration New Zealand claimed that they've considered Sagar's rights under that convention but that could be challenged in the High Court. But you know this family, their resources are very limited so we're hoping to have to avoid that."

Immigration New Zealand would not comment, saying the case is now before the minister.

All hope is on the new Immigration Minister due to be announced today.

Lalit Narayan says he does not know what will happen if things don't change by the week's end.