A long-serving public health figure in the Cook Islands has been appointed chief nursing officer of the World Health Organisation (WHO).

Elizabeth Iro has spent over 30 years working in public health and hospitals in her homeland and in New Zealand.

Ms Iro told Sela Jane Hopgood she was in Australia for the announcement. 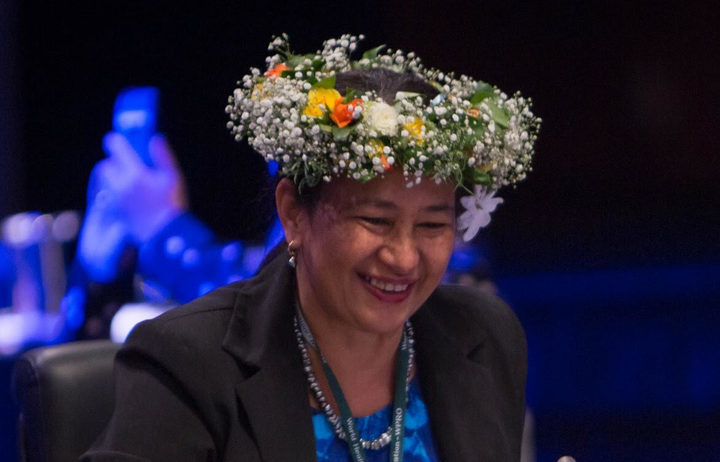 ELIZABETH IRO - Well I went to a regional committee meeting for our western Pacific WHO region in Brisbane. The minister headed our delegation and there were three of us in our delegation that went over for that meeting. The announcement was delivered by the director general for WHO, Dr Tedros and the appointment was for me as a Chief Nursing Officer post with Geneva and was really also recognising that this is a candidate from the WPRO region, from the western pacific region, so very very honoured and very privileged actually to have received this appointment.

SELA JANE HOPGOOD - Were you aware of this appointment at all?

EI - I didn't know I was going to get it. Weeks before I was actually asked to submit my CV. Up to that point I hadn't really received any confirmation or that they were going to make that announcement till that day.

SJH - Are you the first Cook Island person to get this role with WHO?

EI - Yes very first Cook Island nurse. Very first Pacific nurse. I think it's a position that has not been anybody in that role for probably from what I've been told for about six years, six to seven years. There hasn't been a chief nurse in WHO headquarters.

SJH - And what will the role entail for you?

EI - Well I think it's a global organisation, so I think the role will mean the scope is really quite wide. It'll mean linking in with the different WHO regional offices and also international nursing organisations, so it's a global scope, so it'll mean getting my head around not just the Pacific region, but the global region.

SJH - What do you hope to achieve with this role?

EI - What do I hope to achieve. Well I think this is a huge step for nurses in the international arena. I think just having somebody at the WHO headquarters and in a decision making position I think is a big expectation I think from the nursing bodies all around the world and I think it'll just probably get the agenda from going from, that's how I kind of see it, as getting the nursing voice heard at a WHO head office and hoping that we can actually make things work a bit better or move seemlessly. That'll be the challenge is to make it that, but I think it'll just having that voice at WHO headquarters and through the work of WHO priorities, I think nursing now will probably have a voice at the decision making table.