Ill Samoa leader flying back to Apia this weekend

The prime minister of Samoa, Tuila'epa Sa'ilele Malielegaoi, is due to return to Apia on Sunday after receiving medical treatment in New Zealand.

Tuila'epa was flown to New Zealand by air ambulance two weeks ago.

Our correspondent in Samoa, Autagavaia Tipi Autagavaia, told Don Wiseman that the public have learned little about the state of health of the long serving leader. 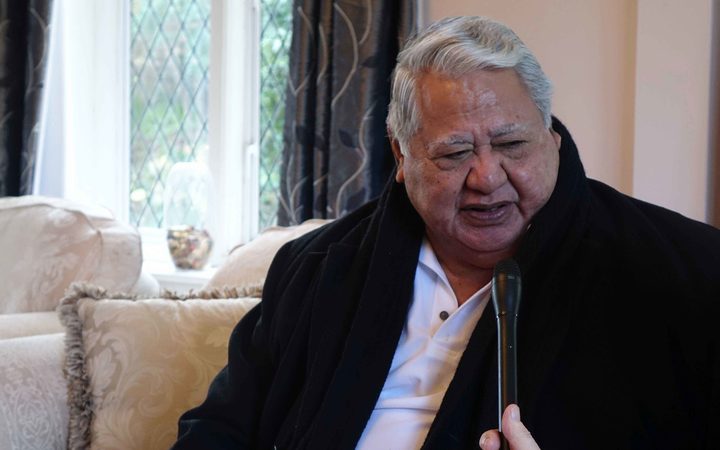 AUTAGAVAIA TIPI AUTAGAVAIA: The country is still kept in the dark about his health condition. From day one when he was admitted at the intensive care unit here at our national hospital, up until now, we are still in the dark. Only statements from the government through the first secretary, saying of the prime minister, there is nothing to worry about, the prime minister is doing well in New Zealand and he is sending his love and his best wishes to everyone here in Samoa. The latest that we have, the acting prime minister, Papaliitele Niko Lee Hang, who is the minister of works and infrastructure, telling the media here that the prime minister is looking forward to returning on Sunday.

DON WISEMAN: So we must presume then that he's in better health.

ATA: Well according to the government's last statement, that's the condition right now but we will have to wait and see when he returns.

DW: Now there have been a few rumblings about the succession, talk of votes of no confidence and this sort of thing. Do you attach very much credence to any of that?

ATA: These speculations spread around the country towards the end of last week. And I was able to talk to one of the ruling HRPP [Human Rights and Protection Party] MPs, the associate minister of communication, the former opposition MP, Lealailepule Rimoni Aiafi, and I spoke to him about it, because his name is also implicated in these secret meetings of some factions of the ruling party's MPs, you know, discussing the petition of the current leader of the party, and he rubbished all these speculations, and he said that he's very sad that some of the MPs in the party that he knows are spreading speculations and also trying to get into some sort of conspiracy, if you like, to get somebody else to take over from the current leader of the party.

DW: At the same time though it has to be accepted that Tuila'epa is an elderly man. When he launched his book a few weeks ago, he said he planned to be there for a lot longer, but he is no longer a young man so there has to be some sort of succession put in place, doesn't there?

ATA: Absolutely. He's getting old, but I spoke to one other ruling party MP, a very senior MP, and he was concerned that Tuila'epa, after last year's general election, did not have a back up plan for anyone in the party to take over the helm if he's going to step or in a situation like he is now. So that senior MP is concerned for Tuila'epa's future plans for the political party.

DW: So do you think there will be some change from this point on?

ATA: Well I did not ask, but I have the feeling that Tuila'epa will make some sort of change in his party when he returns, but we will have to wait and see and keep our fingers crossed.