The warning by Fiji's prime minister Frank Bainimarama came to light in a comment by Fiji's former foreign secretary Robin Nair to the ABC. 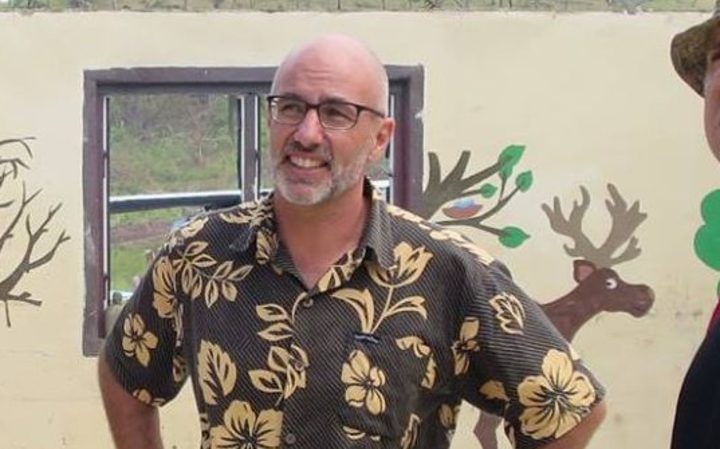 "The prime minister was scathing, threatened the high commissioner with some drastic action he might take against him."

"The High Commissioner is alleged to have said this man, that is the prime minister, should be behind bars."

Mr Nair says the push against New Zealand came from the US public relations company Qorvis which handles both media and some policy for the Fiji government.

He says he finds it outrageous that the the agency is meddling in policy.

In April, he resigned as Fiji's top foreign affairs official and moved to Australia, unhappy about interference in his work in what he called a militarised democracy operating in a climate of fear.

Mr Nair says Mr Ramsden immediately contacted him when he was threatened.

"The High Commissioner was really taken aback and fairly distressed and he came to me and told me: 'Robin, these are false statements, I never said that."

Mark Ramsden declined to comment about the threat or his discussions with Mr Nair.

He referred to a statement on the discussions issued by the foreign ministry in Wellington, which says that Fiji and New Zealand enjoy a positive and productive relationship.

After the 2014 election, full diplomatic relations were restored after years of low-level ties.

Another year later the acting Deputy High Commissioner Todd Cleaver was given 24 hours to leave his post in Suva, with Fiji claiming New Zealand was engaged in dishonest and untruthful strategies to undermine Fiji's judiciary, independent institutions and economy.

Michael Powles, a former senior New Zealand diplomat, who's also served as High Commissioner in Fiji, says in the latest situation Wellington did the right thing.

"Basically I agree with the thought the key thing is avoid inflaming anything and so therefore it may look to some a bit odd against the background of what other people are saying, it may still be the right thing to do."

What about issuing a denial of the claim? Michael Powles again.

"It could be, but it may be that it's true in some people's mind and not in others. So being too dogmatic about it might not be the way to go."

And what about the alleged claim that Mr Bainimarama should be behind bars?

There is no risk of him going to jail because the 2013 constitution imposed by his military-led government put an end to questions about the legality of the military's action.

The constitution grants immunity to all involved the 2006 coup and also covers the 2000 coup, including the extra-judicial killings that followed to put down a mutiny against Mr Bainimarama.