Sport: Samoa steps up preparations for the 2019 Pacific Games

The Pacific Games Association of Samoa says it intends to appoint an Organising Committee for the 2019 Pacific Games as soon as possible.

Samoa was announced as the Games' hosts one month ago, after Tonga pulled out in July, citing financial concerns.

The president of the Samoa Association of Sports and National Olympic Committee, Patrick Fepuleai, told Vinnie Wylie a lot needs to be achieved in a short space of time. 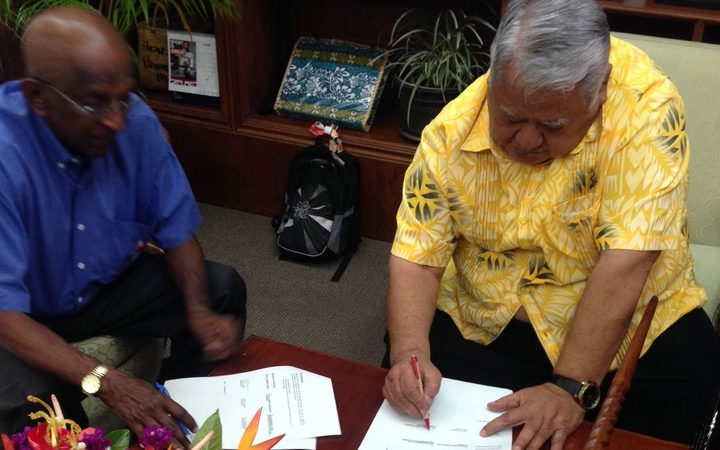 PATRICK FEPULEAI: We submitted an amount in our bid to run the Games, not only to repair some of the facilities that we need to repair. The Games Operations side we submitted a bid of about 40 million Tala so that's basically what our budget is. We might need to revisit that at some stage with the Pacific Games Council but that's basically what we submitted in our bid. It's a lot of money involved but at the same time I think as a party to this need to sell the Games, get sponsors on board to help alleviate these costs.

VINNIE WYLIE: If that figure does go up is the Government's promise that it would underwrite (the cost) no matter what?

PF: Government would but underwrite but with the exception of I think our netball courts, which got damaged by cyclone Evan, all our facilities are in good nick. Some of them we used for the Commonwealth Youth Games but the good thing about it is we do not need to build any new facilities for the sports that we are hosting, so that's the great thing about it.

VW: What's the sort of feeling you get on the street when you're talking to people about the Games and now that the country knows that they're hosting it - is there enthusiasm?

PF: Well I think there's a very good feeling, very positive feedback and vibe from the community that we managed to get the Games. I personally haven't heard anybody say anything negative about us getting the Games so that's I think the good thing about our people I think are very supportive of the opportunity to play host in 2019.

VW: And with such a short time-frame, such a short run-in to the Games, every day, every week, every month is pretty important so what's the focus at the moment? Now that you've had a few weeks for everything to settle down what are the key aspects that you guys working on at the moment?

VW: We need to get our organising committee in place and with that we need a secretariat to help carry this out - these are the people that would be working full-time to help us deliver the Games. We need to appoint somebody to head that secretariat like a CEO so we need to get legislation in place to not only recognise but also incentive for our sponsors, so these things we did previously for the Pacific Games when we hosted in 2007 so the templates are all there. The only issue here is we have such a short turnaround time to do all this - it's actually less than two years because it's July 2019 when we are proposing to have the Games.

VW: Are there any sort of dates with the Pacific Games Council that you've agreed to have things ticked off by or are there any milestones you need to meet at this early stage?