Boosting resilience in the Pacific to both climate change and disasters and responding in the most enduring way is the focus of a meeting of humanitarian agencies in Fiji last week.

The Secretariat of the Pacific Community's Geoscience, Energy and Maritime Director, Andrew Jones told Jenny Meyer the Pacific region is leading the way with practical frameworks that address both climate change needs and disaster responses. 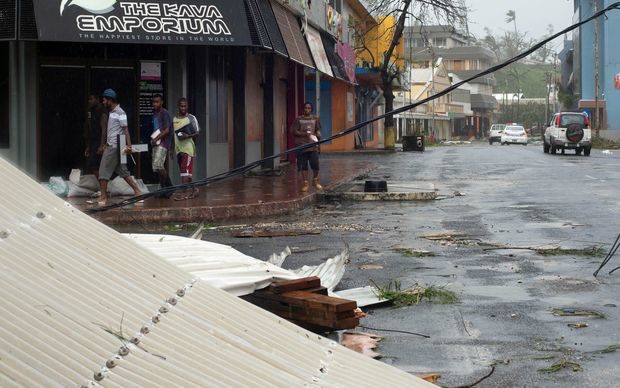 ANDREW JONES: I think the really great initiatives that are being developed here are really around the fact that they're bringing together the disaster risk management and climate change adaptation. So previously these things have been dealt with separately but this for the first time, and really now the Pacific is a global leader, in terms of bringing together disaster risk management and climate change adaptations. I think that's really what is different about this year

JENNY MEYER:  So what sort of things does that include that it might not have looked at previously?

AJ: It has all the same elements that it had previously but now it's looking at them in a more integrated way. So let me give you an example. When tropical cyclone Pam hit Vanuatu there was a problem with access to clean drinking water. And so we went in and we helped drill some bore holes so they could access clean drinking water for immediate post disaster needs. But at the same time we thought about where to place them in order to help the community think about the impacts of climate change into the future, and the clean drinking water needs into the future. So the real difference in terms of how it's being dealt with now is that any interventions or anything that's being done to try to address a disaster or a climate change adaptation is taking into account things into the future as well.

JM: So there are different sorts of disasters, you've just talked about cyclones but you know we've currently got this volcano that's rumbling away in Ambae in Vanuatu, and then there are storm surges that come through, then there's an earthquake, how can you kind of accommodate all those difference scenarios with coming up with plans on paper at a conference like this

AJ: It's worth saying that this conference doesn't come up with the plans themselves because preparing for these disasters and responding to them is led by the national governments and the communities themselves. So this conference is about bringing people together so we can learn from each other, so we can build partnerships to help each other, but in actually preparing for the disasters its very much done at a country level. Now your question is a very good one and all these different very rapid disasters versus a disaster like a volcano, very slow onset disasters like drought, they are dealt with in very different ways. So for some you'll have early warning systems like a tsunami potentially. For others like cyclones you will see them tracking and so we use modelling to anticipate where they are going to make land fall and then we can make communities aware. For others like drought again its over a much longer period of time so we can monitor them with satellites and then make informed decisions about how we are dealing with those slower onset disasters.