The fate of the only Fijian childcare centre in New Zealand is up in the air as it struggles to address concerns unearthed in a damning report from the Education Review Office.

However, a split in the association that governs the early childcare centre has created an obstacle to its future operations.

But it only has weeks to resolve their dispute or else the licence of the centre will be suspended. 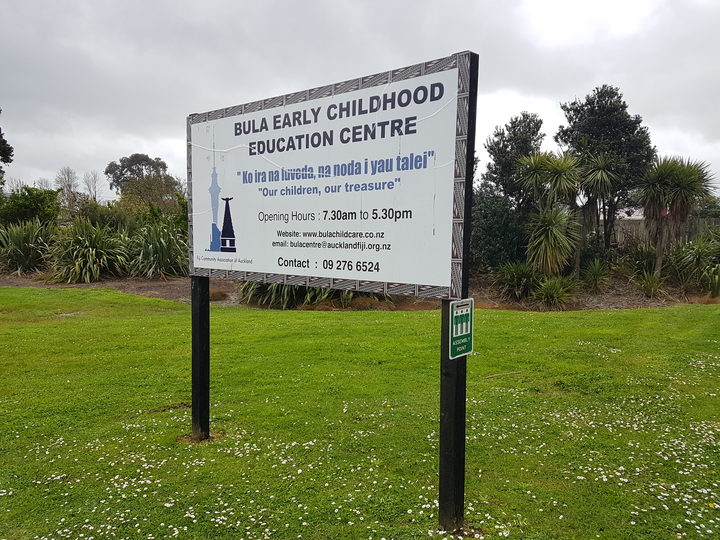 The Bula Centre was opened to much fanfare in 2012 by the Fijian Community of Association of Auckland.

At any one time it provided care for up to 30 pre-school children of mixed descent including Tongan, Samoan, Fiji-Indian and Maori.

But these children have been left out in the cold for a couple of months after the centre temporarily closed to try to address concerns outlined in two Education Review Office, or ERO, reports.

The first, in 2015 stated it 'required further development' as follows:

An ERO report in June 2017, stated that the centre is 'not well placed' saying:

"Since the 2015 ERO report, the management committee and teachers have undertaken professional development provided by the Ministry of Education. Although the management committee and staff have worked to address the areas of concern identified by ERO, significant areas need further development. These include governance, management, leadership, teaching and learning programmes for children."

After digesting the latest ERO report, the Fijian community in late July held a special general meeting to discuss the issues and concerns the community had with its leadership team at the time.

That team was subsequently replaced, although there are varying explanations around this move.

According to the former president Nacanieli Yalimaiwai, he voluntarily stepped down, due to pressing family and work commitments.

However, a public statement by Mr Yalimaiwai's leadership group stated:

"The ERO Report on the Bula Centre contains factual errors that had been highlighted to ERO officials previously. It is public knowledge that the MOE had recently conducted a full license assessment in March 2017, which passed and this conflicts with the ERO report done in June, confusing the Bula Goverance Board."

The current President of the Community of Association, Ratu Isoa Soqosoqo, wants to address changes outlined by the Ministry of Education.

Mr Soqosoqo says that in the meeting there was a vote of no confidence by the community in the leadership of Mr Yalimaiwai and his executive committee.

He says the report comes from a neutral body contracted by the Ministry.

"They went through the curriculum of the children's programme. They went through the governance who looks after the Bula Centre. Even the financial status of our school, so when they came, there was a lot of things happening in here and it was not done appropriately, so when we came in, we looked at the ERO report. ERO report comes up from a public department. It's a public document, so you can't tell the government that this is wrong."

The current Fijian community treasurer Frank Robanakadavu says that they've lost a few students to other Eearly Childcare Education centres because of the dispute.

"I think it's not fair for the Fijian community that the old administration had dragged them to this point. I think things could of been fixed much earlier if it was being more transparent, but its come to the stage where we are sort of in a fairly difficult situation right now where there's two groups in the community and the other thing is now is we're calling the lawyers and its got all really messy now. The sad thing is just the teachers and the children are suffering now."

The two groups have been given until October the 12th to sort out the matter.

The ERO has recommended reassessing the licence of the centre, but will not undertake a further assessment until the Ministry is satisfied requirements have been met.