It's back to the future for Manu Samoa after Fuimaono Titimaea Tafua was appointed head coach through to the 2019 Rugby World Cup.

Fuimaono previously coached Samoa from 2009 until 2011 and told Vinnie Wylie he has the experience to get the team moving forward again. 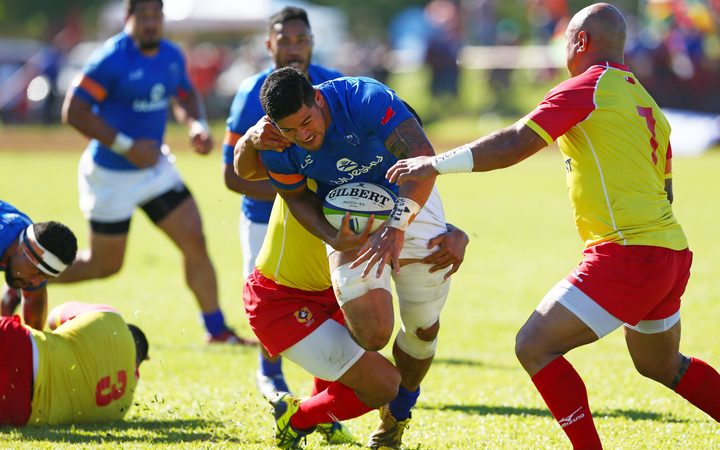 VINNIE WYLIE: And so you're confident that the players will trust you and that they will back you and that you have the answers to first and foremost get this team qualified?

TT: Yes. As I said before, I've been doing this (job) before so it's not a problem to do this job.

VW: Dickie, during your previous tenure as Samoa coach, up until the 2011 World Cup, what did you learn from that experience?

VW: What are your feelings on the frustration that a lot of Samoa rugby fans, both in Samoa and around the world, are feeling?

TT: Yes, if you look at the support of the island they all, rugby is one of the sports that they all look up to it. So at the moment the support of the country is not 100 percent at the moment so what we want to do is just to improve some of the areas that we need to improve so that they can restart their support, to start to support from our country.

VW: Can we expect many changes in the squad for the end of year tour that you select?

TT: Yes, we will try to bring in some new blood into the squad but I think it will happen in the next four to six weeks. Mark my words, if you have time four to six weeks then call back and then you will see what's being improved from the mistakes that were done before.

VW: There's obviously a lot of experienced players that are based overseas that have been a part of the squad - do you feel there's a part to play for the local players? Do you feel that they have the ability to step up and be competitive in the international game?

TT: We are still selecting the best players available to represent Samoa. Besides that if you have a local and overseas player and it's only one or two percent difference so we've got to take the local, just to expose them up to the level. That's the (problem we have with the) lack of at the moment is the exposure of our local players.

VW: Dickie, what would you say to some people who might think because you've done the job before, and because you're obviously still heavily involved locally in Samoan rugby, they might think that this appointment of you as head coach again is not going to change much