A team of medical specialists from Australia and New Zealand have been in Papua New Guinea last week to help that country improve access to safe surgery and anaesthesia.

The have been taking part in a conference at the invitation of the Medical Society of Papua New Guinea.

PNG doctors hope to highlight the urgency of transforming the way surgery is supported and funded so lives can be saved.

The chair of Australian and New Zealand College of Anaesthetists, Dr Michael Cooper, told Don Wiseman about their plans to try and build up skills and infrastructure in PNG. 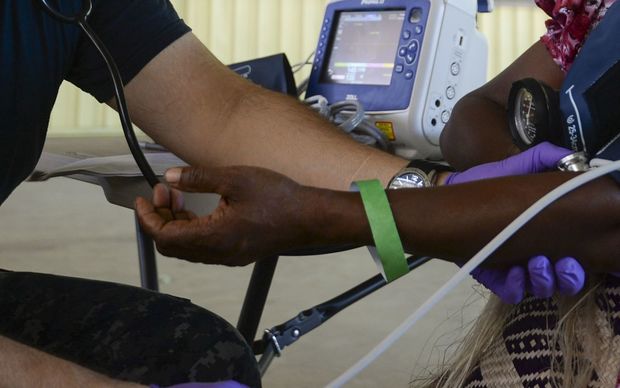 MICHAEL COOPER: All the interest in this area has come out of a lot of research in the last five to seven years and which has led to a big change in the World Health Organisation which we are trying to implement. And when they look at the global burden of surgical disease they found there was a huge unmet need of people's access to basic, safe and affordable surgery and anaesthesia. People often have this preconceived idea that surgery, certainly in low and middle income countries is a very expensive high tech proposition when in reality a lot of very life saving surgery can be done with appropriate training and equipment and it is not expensive.

MC: When they did all this initial research you have got to put it into the whole context of all public health and things that do get a lot of emphasis are things like HIV/AIDS, malaria and TB, but when they looked at the number of people dying from the lack of adequate surgical access it was greater than those three diseases combined. So this is why the WHO has taken this on and made access to safe surgery an important thing. It can be very variable as to what their need for surgery is. A lot of it is trauma. If you look at trauma in children, 90 percent of the trauma in children occurs in the developing world. Injuries, normal disease processes like appendicitis, bowel obstruction, things like that that can occur to anybody at anytime, but if you don't have access to a hospital that can perform basic operations like that then you will die.

DW: But given the financial situation that PNG finds itself under. Very underfunded hospitals in fact at the moment a lot of the hospitals don't even have the drugs necessary to give to the patients in the beds in the hospitals. It is not something they are going to solve overnight.

MC: Not at all this is a long term approach to the problem and there are many facets that they need to address. PNG as you know is a challenging country terrain wise. And there is good data to show that if you live more than two hours from a hospital they can do three basic operations and they call these the bill weather operations. And they are a caesarean section, the treatment of an open fracture and that is a broken arm or leg where the bone is coming out through the skin. And the third operation is a laparotomy which is an abdominal operation and that could be from anything to appendicitis to a twisted bowel or perforated bowl. Now if you have got a hospital that can do those three operations. Then they have got enough infrastructure to get most people through most surgery. And you need to live within two hours of getting access to that hospital. In PNG that is a big issue. One of the problems that can occur is financial and that is a lot of the low middle-income countries a lot of people are subsistence farmers. If they can get to the hospital care will be free but getting there may break the bank. You now just the cost of getting in a truck or whatever I mean there is no ambulances so getting a flight or something like that maybe well beyond what they can afford so they don't have it.

DW: Okay so the Australian and New Zealand College of Anaesthetists you have got an arrangement with the WHO and with Australian AID I think to try and help out?

MC: That is correct Don. There is a lot of people here. It is not one special team by any means. We are here with our surgical colleagues and our obstetric colleagues with all our PNG counterparts and we have had representatives from all the Australian and New Zealand Colleges here talking an looking at solutions to these problems. Apart from having a hospital that has the ability to perform these sorts of operations. Having people that get access to them. Is having the right numbers of doctors who can do that. And that means training surgeons and obstetricians and anaesthetists to do that surgery. And you find in a lot of these countries Doctors are a very very valuable resource. In New Zealand and Australia we have plenty of doctors. We can go to the GP very easily. In some of these remote villages in PNG they have not seen a doctor for 20 years and that really makes it very difficult for them even at a primary healthcare level.

DW: You are going to organise training of thousands of surgeons and anaesthetists and everyone else or how are you going to do it?

MC: Well it is a long term plan you don't make a specialist overnight. One of the things we have been discussing is the number of trainees available. The University of PNG only has 50 medical graduates a year which is nowhere near enough to supply the countries needs. And there is discussions about a new university medical college here to increase the numbers and output. Then we have to plan for training once they finish a five year medical degree then they do several years of general training and then they start another four or five years of specialist training. So this is really long term view stuff. You know we are trying to plan for the future and it is a long way ahead. Currently in PNG as an example there are four paediatric surgeons and that has taken nearly twenty years of planning to get four paediatric surgeons to eight million people. But still when you look at the numbers grossly less than what Australia and New Zealand would have that children of those countries would have in terms of access to a paediatric surgeon.