There are signs of a significant peace dialogue opening up between Indonesia's government and West Papuans.

Terms of reference for the dialogue are yet to be confirmed, but Jakarta is reluctant to have talks with the United Liberation Movement for West Papua which broadly represents the indigenous people of Indonesia's Papua region.

One of the participants at the meeting was Yan Christian Warinussy of the Papua-based Institute of Research, Investigation and Development of Legal Aid.

He told Johnny Blades that the Papuans asked the president to recommend a mediator for the dialogue. 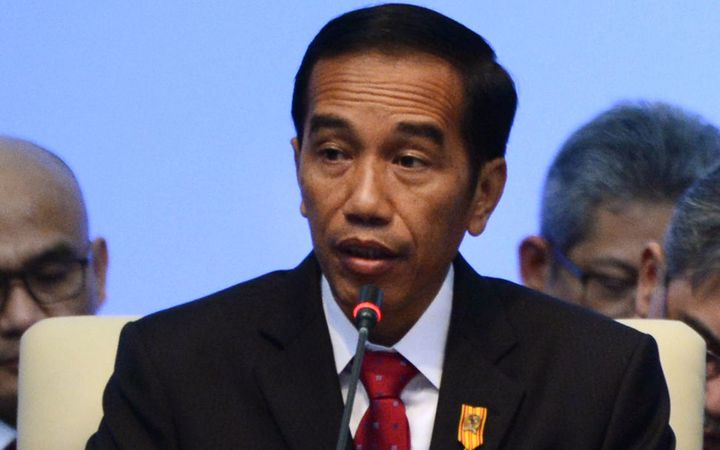 YAN CHRISTIAN WARINUSSY: And then Jokowi asked how about Father Neles Tebay (Catholic priest and coordinator of the Papua Peace Network)? And we agreed. Now he is like a special envoy, or the person in charge to host the dialogue.

JOHNNY BLADES: What is the dialogue going to be about?

YCW: I asked Jokowi (President Joko Widodo) and his government  (if) they can make problem solving to human rights violations in West Papua. But I think the Indonesian government like to make not special dialogue between Jakarta and West Papua about the human rights or military abuses, but they like to make "sectoral" dialogue, like economic development, like infrastructure, you know... But I think the Indonesian government does not like to make peaceful dialogue with the ULMWP (the United Liberation Movement for West Papua).

JB: Jakarta, is it willing to discuss the political status of Papua, or not?

YCW: I think not.

JB: And you're also saying that Jakarta does not want to have discussion with the ULMWP?

JB: Doesn't the ULMWP broadly represent West Papuans? We know that in the Melanesian Spearhead Group and other fora, that the ULMWP is recognised by the international community?

JB: What is the next step? Will this dialogue still happen, even without the ULMWP?

YCW: I don't know. Because after we meet with Jokowi three weeks ago, we not see what next step to take the peaceful dialogue (forward) after we talked with Jokowi. That is the problem, I think.

JB: What do people in Papua and West Papua provinces want?

YCW: The majority of the people in West Papua, they'd like to get independence. They not like to discuss another topic from independence and self-determination.