The Pacific Islands Forum is about to get underway in the Samoan capital Apia.

Smaller regional groupings have been meeting in the run up and community groups are lobbying in the wings to have their voice heard.

Our correspondent in Apia, Autagavaia Tipi Autagavaia, told Sally Round the expanding Polynesian Leaders Group, or PLG, are among the groups gathering . 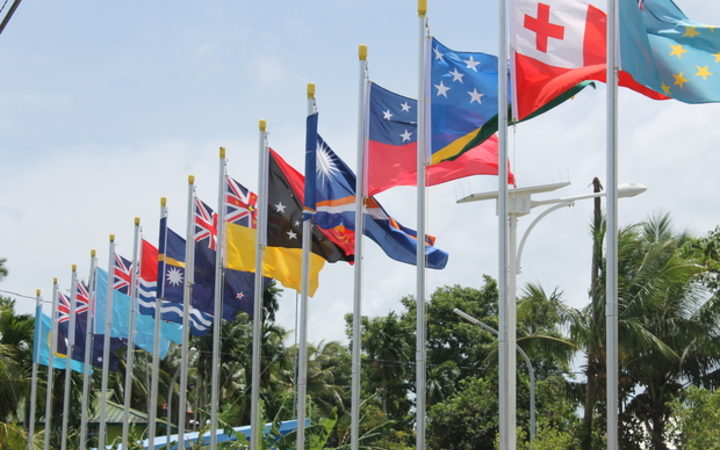 AUTAGAVAIA TIPI AUTAGAVAIA: It's been confirmed that the leaders have agreed for Samoa to be the headquarters of the PLG organisation and one other important discussion in this meeting was the proposal four years ago from the President of French Polynesia for the Polynesian group to have their own airline and I asked the (Samoan) prime minister, because Samoa is now moving to have its own airline coming November this year after that joint venture with Virgin Australia, he said the proposal is still on the table for discussion however Samoa cannot wait but moving ahead, making its own airline which will be launched in November this year.

SALLY ROUND: Moving on to the Forum itself, when does that actually open?

ATA: The 48th Forum of the Pacific leaders is scheduled to open later on today around five thirty at the Robert Louis Stevenson Museum, the former residence of our head of state and that will be started with a ava ceremony  to be followed by speeches before the function  and dinner.

SR: And this idea, the theme of the Forum this year - the Blue Pacific - the idea of the collective strength of the countries as ocean states, is there much talk about this theme?

ATA: Well there's so much talk about the theme amongst different groups especially civil societies and small island states because I think the theme of this year's Forum Leaders Meeting  is linked to all the Pacific island countries, the Blue Pacific in terms of relating to the fisheries industry and many other marine resources which Pacific people are relying on.

SR: We know that there are at least three country leaders who aren't attending. Palau's president is one of them. He's having to meet over the North Korean security threat. He's gone to Japan for that. Are these security concerns overshadowing the meetings at all?

ATA: Hard to tell because the leaders' meeting won't happen until after the opening tonight, but it's going to be one of the topics to look at among the leaders of the forum, as one of the observers - Guam - is under threat by North Korea but it will also be an issue that the United States delegation and also China's delegation ... the media will be able to ask those delegations  about the issue of North Korea.

SR" What about Indonesia's Papua region, what  are the NGOs, civil society groups, what pressures are they putting on for more recognition of this region?

ATA: Interesting topic as well because it was raised last weekend in our discussions at the media workshop with different representatives of this group especially the civil society and it's going to be one of the topics  they're going to present before the Forum leaders when they meet the leaders on Thursday and West Papua ... I understand there will be a peaceful and free campaign in front of the venue of the 48th Forum Leaders Meeting here at the Sheraton Hotel in Apia tomorrow morning and this peaceful free campaign is organised by Samoa's First Union.

SR: The atmosphere in Apia itself? 2003 was the last time the Forum was held there. How much of an impact is the meeting and its various side events having?

ATA: It's a huge difference now. A number of police are providing security for the venue and all the delegations and also the number of people coming over to Samoa for this annual meeting of the Pacific leaders, there's quite a number of people. I believe it's more than 200 people attending this year's Forum Leaders Meeting. Plus Samoa is holding its annual tourism Teuila Festival this week and I think it was really planned by the government to coincide with the 48th Forum Leaders Meeting. It's a good chance for the delegates to have a look at a little bit of Samoan cultural activities as well as talk politics  and talk about development of the region at the same time.

SR: And just finally, Tipi, we know that China has donated 20 new cars for the event. Are these making a statement on the streets of Apia?

ATA: Yes of course. They are brand new sedans and all the leaders are enjoying riding in these new vehicles under Chinese assistance for Samoa's hosting of this year's Forum Leaders Meeting.