New test for democracy as Tonga prepares for polls

Tonga is preparing to go to the polls in November after the King's sudden decision to dissolve parliament.

King Tupou VI made his decision on the advice of the Speaker of Parliament, a decision that has reignited debate about democracy in the Kingdom. 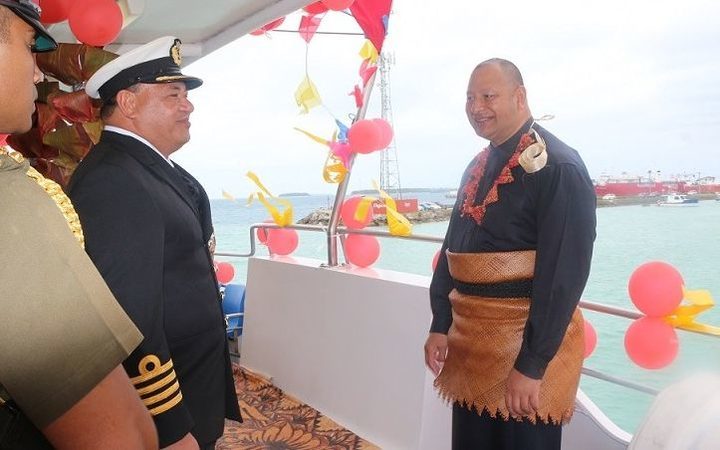 On Thursday afternoon, a short one-page notice caught many off guard. King Tupou had dissolved parliament, effective from 5pm.

Months of frustrations with the government of 'Akilisi Pohiva had come to a head, and the Speaker of Parliament, Lord Tu'ivakano, had gone to the palace to ask for a dissolution.

The government will continue in an interim mode until the November 16 election, but the decision marks an effective vote of no confidence in Mr Pohiva.

The attorney general, 'Aminiasi Kefu, says the King is well within his right to dissolve parliament, and doesn't need to offer an explanation.

But he says it's something that's never happened before.

"Oh it's ground-breaking, definitely, quite profound for a sleepy small island country but there's never a dull moment in Tonga and I'm just glad that the machinery of government continues. This is obviously a testing of the constitutional provision, this is the first time that his majesty has used his personal prerogative power to dissolve parliament."

He was the leading figure in a long push for democracy in Tonga which gained real momentum after the riots of 2006 and culminated in significant reforms under the previous king, Tupou V.

In 2010, for the first time, the majority of the legislature was elected by the people.

But Sitiveni Halapua, an academic and former MP, says the nobility remains powerful -- nine of the legislature's 26 seats are reserved for them -- and significant power is still wielded by the throne.

Dr Halapua says this week's events are likely to reignite the debate around democracy in Tonga.

"It'll be interesting to see the debate after this decision. I tell you, there are a lot of people in Tonga who still support the monarchy, power, and our tradition and culture - there's nothing new about that. So here again, I think we'll probably go through the process again and see how it will play out."

However, Dr Halapua says Mr Pohiva's government needs to shoulder some of the blame, as the administration has been marred by controversy.

Critics say Mr Pohiva's government has tried to circumvent parliament; three ministers have been sacked, one of them convicted of bribery; a sensitive wetland on Nuku'alofa's waterfront is being dug up for a golf course; and there's a protracted dispute with the public broadcaster.

But Lord Vaea, a noble MP and trenchant critic of Mr Pohiva, says the straw that broke the camel's back is the decision to withdraw from hosting the Pacific Games, two years before they were due to be held in 2019.

"In many ways the current prime minister and his cabinet has failed to produce the good governance and the fair judgement and honesty of governing Tonga over the last three years."

Sitiveni Halapua says many people will feel disenchanted by the reforms, as they have seen little change in their living situations.

"I think it's a great disappointment all around because there was great enthusiasm for that democratic reform, people were excited about it. There was high hope and now we have government, and people haven't seen any real fruit that can be identified as a product of the change."

Mr Pohiva's office is yet to respond to a request for comment.

But in an interview with New Zealand television, he says he found out about the decision through social media and called it an organised attempt to push him out.

He also announced that he intends to stand in November.

'Aminiasi Kefu says the country is ready to hold those elections, despite coming a year before planned.