Movement and livelihoods of people in the capital of Papua New Guinea's Enga province have been brought to a standstill due to the recent election.

Wabag has been the site of brutal fighting between supporters of rival candidates since polling began in June, leaving at least 21 people dead in the past month alone.

Violence is an entrenched part of the election cycle in Enga, according to Daniel Kumbon, a writer and former journalist based in Wabag.

Mr Kumbon hails from nearby Kandep district, where the election has been riddled by conflict between groups backing the two main candidates, Alfred Manse and Don Polye.

Mr Kumbon told Johnny Blades that the spectre of death and destruction has characterised the repeated tussles by these two politicians for the Kandep seat. 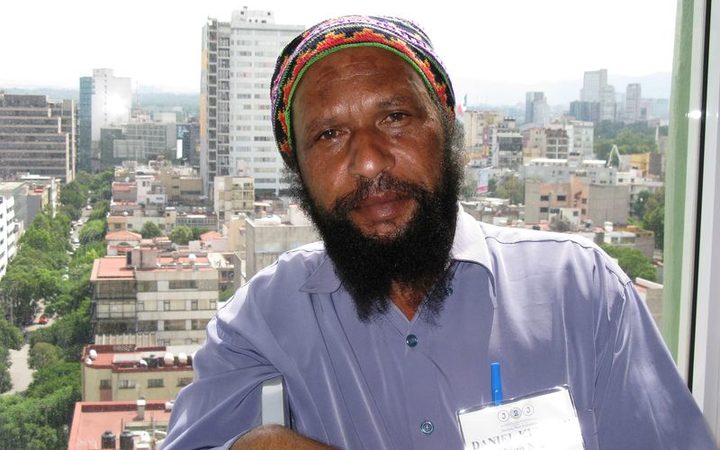 DANIEL KUMBON: And they've always fought. And people have died. In 2012 over a hundred people died. Millions of kina worth of property was destroyed. And people have been killed in town, in Wabag. Blood has been spilt before in town, because it's been happening between these two (candidates), and because you know they do reflect on their own district, Kandep. And me being from there, I've been afraid, and have confined myself here. Close friends of mine have asked me not to move around, to be careful and safe. They warn me to be cautious. The cautions I must take, they sort of make me fear more, even though it (the election issue) does not concern me one bit. We stood our own candidate in the election, he came third in the race. But because I'm from Kandep... the name Kandep covers everybody. And because I'm in Wabag, not many people know me, but that's why I have to be careful and my family are confined to the house most of the time. But really it's a senseless fight that they are fighting. There's the court of disputed returns where that matter (the election grievance at the heart of the fighting between Polye and Manese supporters and related tribes) can be taken to. Like I said in one of my articles. People seem to want to just die for the sake of one person to be in power. So that is a problem that people do not see. You know, people don't need to die so that one man can rule and live in luxury.

JOHNNY BLADES: You are living in Wabag or just near the town. It must be difficult for people who do live in Wabag when supporters of candidates from other parts of the province come in to town for this vote counting stage. It's a big disruption, isn't it?

DK: Yeah. The people of Wabag, I would say, are very resilient. They're very patient and kind. Every time there is an election, all these people are coming in, supporters of candidates who stood for regional or open seats, they all come and crowd the town. There's all sorts of people who come and there's always been problems here. Property has been damaged, killings... I think the people of Wabag, although they don't like us, like other supporters and candidates coming in, they wouldn't like us doing that, but they haven't openly opposed any of the supporters coming in. They sort of stand and watch, hoping the police would control the crowds and take charge of the situation. But then the police are always under-resourced or under-manned. They struggle to control the crowd, and problems always start and spread and last, for a long time. Like this fight, it lasted for nearly a month. And that's a long time for a fight to start and last in a town like this, the headquarters of a province. That's weakness in government, I would say.

JB: Are people starting to move around as normal again?

DK: Yes. I can also see the main highway and there's big trucks and people moving up and down normally. It's gradually coming back to normal. There is a state of emergency sort of order (ceasefire and preventative order) in place, ordering the people not to fight.

JB: Are there extra Defence Force personnel up there?

DK: Yes I noticed there's a lot of them around, there's many of them around, many cars and loads of army and police personnel around. The provincial police commander said they would only leave (Wabag) when everything was in order. I hoped that they would remain until the school students return to class, the grade 9, 10, 11 and 12 students who attend two very senior high schools here. They have been affected. And we expect also that our students would attend normal classes this week. These have been closed for the last, you know... as long as the elections were on, until now, with all the violence and this until now, today. They (the schools) have been closed and affected, you know.

JB: All these things have been disrupted because of the election process and the problems around it, is that right?

DK: Yeah. Everything stops. It comes to a standstill. You know, the teachers from these high schools and primary schools become election officials and presiding officers and assistant returning officers. They're all involved. Everybody's involved. The parents are involved, the students are involved, everybody's involved, public servants, everybody. And then when there's trouble, everybody's affected, everything comes to a standstill. That's the whole problem. When the elections are prepared, the army and police must be mindful of this. They must plan in a way as to contain these problems, to bring normalcy as soon as elections are over But that doesn't seem to be the case, every election I've seen. It's chaotic. If this problem in town (the fighting) was related to my own people, I wouldn't have escaped.