NZ's Pasifika urged to use the power of their vote

A Pacific business leader in New Zealand says Pasifika people don't realise the power of their vote under the country's proportional voting system, known as MMP.

Wellington entrepeneur and philanthropist John Fiso  says if all Pasifika people voted for a Pasifika party, it would meet the 5% threshold and hold the balance of power.

Mr Fiso  says  Pasifika people can have a more effective political voice in New Zealand and he told Laree Taula about a movement he's started called the Coalition of the Willing. 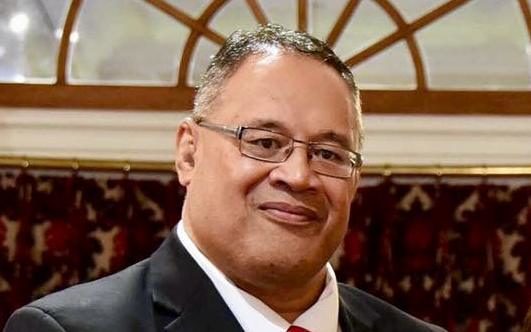 JOHN FISO: This is a group that I'm trying to get together.  Which basically says with all of these challenges facing us, for Pacific peoples in particular, maybe a collective way of dealing with them is a better approach. And so we're looking for people who might see benefit in coming together and working to solve some of these problems, utilising the knowledge of others.  Working together to maybe solve some of their housing difficulties, just through as minimally as having more information.  Not even talking about loans and finance and capital.  It’s just talking about information.  So it could be about sharing information, it can be businesses co-operate together, a group of start-up businesses working together to develop their businesses collectively. And while they develop their businesses, the community or the group that is part of the coalition of the willing, get to benefit from it as well.  And so look it's a new way of thinking.  I think that that way we think about solving our problems in this modern economy and this modern society needs some reflection and I think needs some changes. If we don't have a view on some of these things then we are likely to be promoting the status quo which means that you must be happy with the status quo.  If you don't reflect on it, and you perpetuate what's already there, then you can't have any complaints.  But if you are not happy with what's there, and you might look at having some other solutions to it, then I suggest you come along and let's see if we can share ideas and learn together.

LAREE TAULA: And who do you think Pacific are going to vote for in this election?

JF: Well that's another thing.  One thing that's important is that Pacific vote full stop.  Under MMP I think we don't realise the proportional ability to influence under the new MMP system as opposed to First Past the Post.   You've seen that with the Maori Party, you've seen that with the Opportunities Party where in a very short time the Opportunities Party on 2%, the Maori Party only on 1.5% at the moment, yet Pacific represent 7-8% of the population, so you know it's not beyond the realms of reality to say if a Pacific Party actually, if all Pacific people voted for a Pacific party, we would meet the 5% threshold and hold the balance of power in what the polls would say at the moment. I think the idea of reflecting on how we vote is key.  We might be surprised about how we should vote, if you looked at all the facts.  And so I'm asking we need to change the way that we think and maybe reflect on some of our bias, some of our preconceived ideas, some of the way we got the information to start with.  I think we've got to start thinking for ourselves.  We've got to really take a look at the world as individuals and say actually what's  happening in my local shopping centre, my local community, or what's happening with my wage packet, all of those things, I have to take a view on. And if I take a view on it, I'm likely to do something about it.  If I don't take a view, again, we're just fighting for the status quo.

LT: Do think this coalition of the willing could be the beginnings of a Pacific Party?

JF: I like the adage of where you start little fires and they go on to bigger fires and I think the big thing is I want to see the people that I'm engaging with and I want to see the people who might be part of this group, which is different from a major political party where there's a whole lot people you know faces in the distance.  And so it's a good place to start isn't it. Start with some people that you know, and if they are open minded enough to say well actually maybe I need to have a different way of thinking about how to solve my own problems, of if you are really happy with how you are going at the moment, then I guess you won't need to come along.  Well if you think I'll keep an open mind and see what else I can learn, or what are the opportunities I might be able to access? Then it's probably a good place to come along and see what you think.