Flaws in PNG deportation process to be raised

Doug Tennent has returned to work for the Archdiocese of Rabaul after being illegally deported from the country in June.

That sparked an outcry and Mr Tennent has been allowed back into PNG, but he has a new visa with some limits on it.

Mr Tennent spoke to Don Wiseman about his concerns with the country's approach to deportation, but he began by describing the nature of the work he is now doing in and around Rabaul. 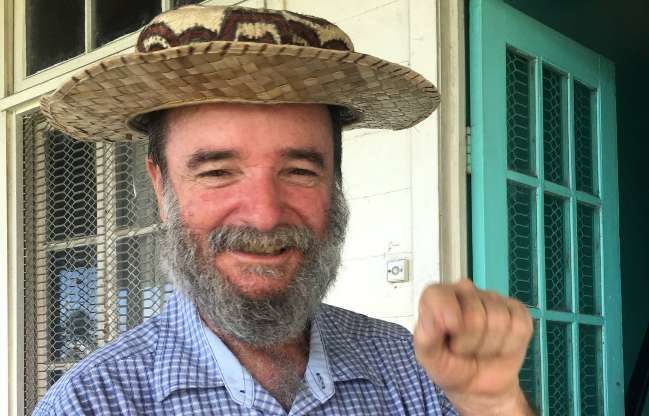 DOUG TENNENT: Much the same as before because there are huge land issues, in other words, dealing with infrastructure and land that used to be the church's, negotiating the return of land to different communities, transferring other bits of land to people at fair prices, and developing this lower income housing project, and then there are three large plantations that we are trying to transfer back to local people - yeah that's all part of the work.

DON WISEMAN: As part of the new visa you got there was a rather peculiar restriction on it. You were not able to cause division among landowners. Do you find that this is a problem?

DT: I know I have to tread carefully. In terms of that I said to Immigration Papua New Guinea two things and the Archbishop [Francesco Panfilo] wrote a letter saying the same, that the role of the church is to promote peace, unity and harmony, and the Sigite-mukus project is now before the courts so it is really not a matter of social activism. It is very much a court matter and I said it is now in the hands of lawyers. It is not pleasant having a special condition on you like that. We are keeping in negotiations with Immigration over that, but it was important to get back because there was so much work in the air.

DW: How you have had any contact with officials since you got back?

DT: Not with officials. I have written them a letter just to clarify the situation and I said in that letter I would like to have a meeting with then and take two Papua New Guineans in senior positions I know well, just to talk through the issues. I said in that letter we want to engage with the government. That really just means in terms of correspondence. The first day I got back we went to court and the agreement was to discontinue the proceedings on the basis I had a visa but we reserved the right to continue the matter through letters, submissions and the like.

DW: Your deportation was in fact illegal. There have been a number of these illegal deportations from PNG and you want to look at this wider question and you have planned to take this to various authorities. What is the core of the issue you will raise?

DT: My concern was that I was given no notice about the deportation and I wasn't told for what reason I was being deported, and I was given no opportunity to respond. Now in administrative law, there is an inherent right to know the case against ;you and to have the right to respond. So that's the first concern. But the second concern that I really want to pick up with them is all the issues of very important work involving land and things which were left in the air. I was given no opportunity to hand over work. It has had a bad effect, not just on the Archdiocese but on the local community in Kokopo and a lot of landowning groups and things because they are involved in so much joint work with all of these people. If I could just give you one example. We have on our land three squatter or informal settlements. Now I am under considerable pressure from the police and the community to relocate them. The Church has said it will have no part in eviction, we want to humanely relocate. After hours of work we got to the stage, on the weekend when I was deported, we were going to do the first relocations. Because I get arrested and everything, nothing happens. So I really have to go back to square one with all of that work.

DW: And you want this to extend to a wider thing across the country in terms of this whole deportation process that exists.

DT: Yeah. As you know I do immigration refugee law in New Zealand and while I have concerns about the process there, at least you do get a notice and at least you do get an opportunity to respond. And one of the good things about the immigration law in New Zealand is that if a tribunal does uphold the submission, you are given a time, up to a year, if there is a reason to get your affairs in order, and everything like that. So as I say there are really three things - I have done a draft of the submission and there's really three things: One, the right to know the case against you: Two, the right to respond and have that carefully considered and then taking into account the impact that your particular deportation is going to have on other people and the people you are working with.