The deal involved acquisition of land at Manumanu in Central Province for a naval base.

Two ministers, Fabian Pok and William Duma, were alleged to have conspired over the acquisition prior to the sale of the land.

The state paid a company linked with Mr Duma $US14million to purchase the land at Manumanu.

When the deal came to public attention in March, prime minister Peter O'Neill stood down the ministers, and announced an inquiry.

Both MPs have now been re-appointed as ministers, but according to Transparency's Lawrence Stephens, no inquiry appears to have occurred. 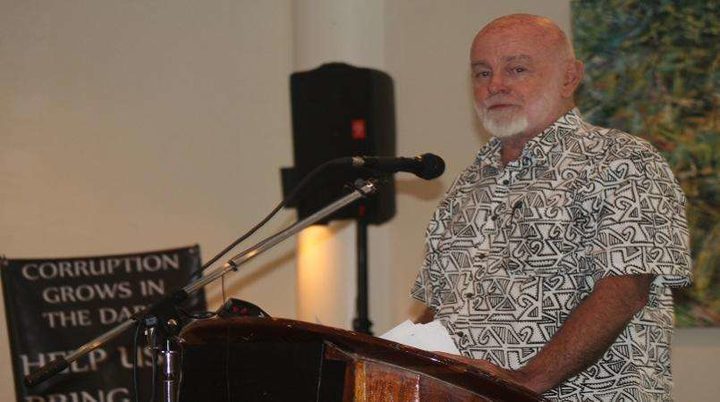 LAWRENCE STEPHENS: Once again we've been promised, and once again we're trying to get the prime minister to honour the promise. It's been pretty disappointing to see this take place, and the formation of a new government. We can imagine the pressure the prime minister is under, and we can imagine how difficult it is when you've lost such a large number of members when trying to piece together a government. But on the other side of it - and that's the most important part: we have land in Central Province, which was a indeed government lease - actually a failed coconut plantation was part of the land - that was acquired by a company with interests connected to ministers, connected to public officials and people from another region of Papua New Guinea, certainly not from Central Province. And these people acquired the land - no one knows exactly how they acquired it or at least those who know aren't talking, so that's hopefully going to come out in the inquiry as well - and then turn around and the land is compulsorily acquired by the state, the very state that just gave the company the land now acquires the land from the company for a payment of something in the order of 43 million kina. Even the prime minister appeared to have been horrified by that deal, at least publicly. And so two ministers were suspended, and public servants and others were heavily implicated and heavily treated. And so we waited for the inquiry to take place. And we waited, and five months has gone past and the minister (Duma) has now been reappointed and we're asking the prime minister to remember the promise, remember the people, remember that this has cost a huge amount of money and there are huge questions about it; and think about the appropriateness of having people appointed to the ministry over whom hang such huge questions of their integrity

JOHNNY BLADES: And Mr Duma was insistent that nothing untoward had taken place, that this was all a legitimate, cabinet-approved process, right?

LS: Well he would, wouldn't he. And that's part of the problem. The suggestion therefore being that the whole cabinet has colluded in this deal. There are processes, there is a Lands Act, that needs to be followed. There's no indication yet as to whether it was followed. One way you acquire land is to have it advertised and bidders offer to purchase it. The other way it can be acquired is if there is ministerial direction and for a particular purpose, and then the land can be awarded for that purpose. But when the land is being awarded to people who are actually a company involving people who are actually in decision-making processes, then again there would have to be huge questions around that. To award the land and then to turn around and compulsorily acquire it and pay 43 million kina for something they just owned would be very, very strange.

JB: Does it need to go through an inquiry? Can't it go to a criminal matter?

LS: Well, hopefully the people who are occupying chairs from where they can launch investigations are watching this and maybe some of them are able to. Unfortunately we've seen the suggestion that anything of a sensitive nature has to be approved by the police commissioner, otherwise you're not supposed to investigate. But in fact, police officers have the right and duty to investigate where they see the likelihood of fraud.

JB: That was the vetting committee thing that (anti-fraud directorate head) Matthew Damaru said he's not even sure existed. But it's just this process, that everything has to go through (police commissioner) Baki.

LS: Legally it doesn't have to go through him. Legally the police have obligations they're supposed to honour. And they are: if you see a crime being committed, you get stuck in and do something about it. There's also the Ombudsman Commission, and there are other parts of government which should be paying attention to that sort of thing. But unfortunately people tend to be cowered into submission because as soon as you try and make something happen, the big guns come out, and so people have learnt, unfortunately, not to be as brave as we would like to think we should be.

JB: You've got a new Lands Minister, Justin Tkatchenko, who has made some noises about cleaning up things, and he would know that there's a lot of public concern about bad land deals, land being alienated. Do you think there's a chance that he might look at the Manumanu thing?

LS: Well it would be criminal if he didn't. Let's hope he most certainly does do that. That's part of hat he should be doing. And there is so much more. There are blocks of land that have been handed over to people, and no one appears to know exactly how that happens. And that should be focused on.