Cooks on path to decriminalising homosexuality

The Cooks Islands is on the path to decriminalising homosexuality as lawmakers look to overhaul the country's Crimes Act.

Activists are pushing for reform across the region where some countries still have harsh penalties, like whipping, on the lawbooks. 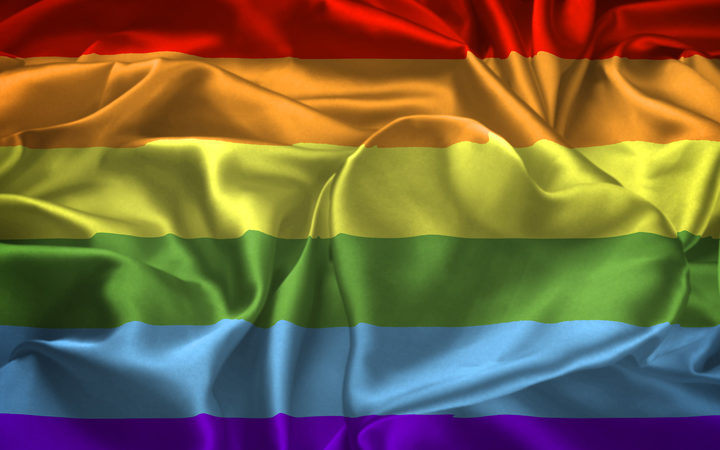 Solomon Islander Lachlan Demarchelier moved to Australia in 2005. Back home living as a homosexual could bring him a jail sentence of up to 14 years.

"I initially came over to Australia to study, but while I was studying in Australia, I came to see myself as an openly gay person and from an islander background I realised that to be openly gay in the Solomons it's illegal."

Mr Demarchelier says he keeps a low profile, staying in his hotel room, on short visits to see family. Being gay is not only illegal it's generally frowned upon in the Solomons.

"My older friends who are gay, to experience it in full hand, where you get abuse verbally and physically for being gay and threatened to be arrested and so forth and you know have the law thrown upon you, I know people that go through that stuff like that on a daily occurrence"

Homosexuality is illegal in Solomon Islands for both men and women but in Kiribati, Papua New Guinea, Samoa, Tonga and Tuvalu anti homosexuality laws apply to men only. The Cook Islands could soon wipe such laws off its books with a draft Crimes Bill in the consultation stage. The bill excludes sections in the current 1969 Act which ban indecent acts between two men and consensual sodomy. While convictions may be rare, Paula Gerber of the Kaleidoscope Human Rights Foundation hopes the law change will have a domino effect on other Pacific countries.

"There's still far too many countries in the world that treat consensual homosexual conduct as a crime and we're starting to see that change and the Pacific really is a bit at the forefront at this. Vanuatu and Fiji were one of the first to decriminalise, but more recently Palau and Nauru, they've gone down that path and of course now there's the Cook Islands is on that journey, so I think once we get a bit of momentum, I'm optimistic that other countries in the region will similarly follow suit."

Whipping is still on the lawbooks in Tonga as well as up to ten years in prison for male homosexuals and Tonga's Leitis Association is working towards reform. Its president Henry Aho says male homosexuals are particularly targeted in the country's provisions against sodomy.

"There is this new wave of evangelism that's coming with an agenda that is to put an end to any agenda that transgender communities in the world have, so not touching those laws provides an open door for them to use that against members of our community in Tonga"

In Samoa, sodomy between men could mean a jail sentence of up to seven years and there has been criticism particularly from church leaders in the past at efforts to change the law. Tim Baice who's a member of the Samoa Fa'afafine Association says, for Samoans, homosexuality is still a relatively taboo topic, despite transgender fa'afafine being an integral part of the country's culture.

"If you were to think about homosexual law reforms, marriage equality, like those are things that apply specifically to this western universalised framework, where people openly identify as lesbian, gay, bisexual now. It'll be very rare for you to, you know, go to Samoa and meet someone who openly says I'm gay or I'm lesbian or bisexual."

Professor Gerber may be optimistic about the latest news from the Cooks but she says decriminalisation is only the beginning of a long road ahead.

"There's still a lot of other things that has to happen before we've got a society where LGBTI people's rights are fully respected and one of the things that you need after you decriminalise is anti-discrimination laws that say you cannot discriminate against a person based on their sexual orientation or gender identity."

"I know in the Solomons back in the day, gay people actually were more helpful within the society in helping bring up young kids and help around with the chores and stuff like that in the villages, but as the country became more westernised, everyone kind of looked upon that a lot, like in a negative sort of connotation."

"Education and awareness campaign are key and I think that should begin at school. It should be teaching children that everyone is equal and that everyone is deserving respect regardless of how they might be different from them, whether it's skin colour or faith or sexual orientation."

People in the Cook Islands are making submissions on the Crimes Bill which will go back to parliament later this year.