Fiji employment data not as good as it would seem - economist

A prominent Fiji economist says the latest employment data released by the government paints a picture that is far rosier than reality.

The Bureau of Statistics last week released the findings of its preliminary employment survey, which shows unemployment at 5.5 percent.

The government says this is the lowest rate in 15 years and is clear evidence that growth in the economy is bringing benefits to everyone.

But Professor Wadan Narsey told Jamie Tahana that is not exactly the case. 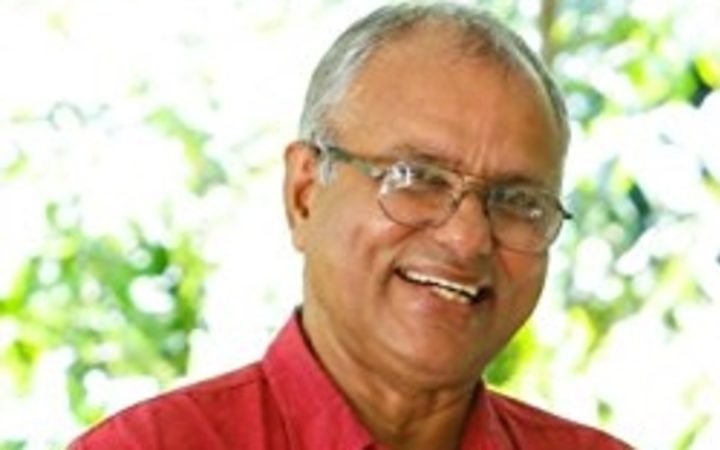 WADAN NARSEY: The problem is that the unemployed are defined as those who are not working and who say that they're looking for work. So if they say they're not looking or if they are not looking at all then they don't count as unemployed. The trouble is the figures that are being quoted, the Bureau of Stats has simply put out a press release to say that in 2010-11 the unemployment rate was 7.1 percent and in 2015-16 when they did the survey it was 5.5 percent, that's all they're saying. They're not saying anything about this being the lowest rate in 15 years, this is the interpretation and spin that's been put on it by the Bainimarama government.

JAMIE TAHANA: If that's the case, how is it being calculated?

WN: Well the best way to look at what has happened between these two years -- 2010-11 and 2015-16 -- is to just go by the data which the Bureau of Statistics has presented in their press release, and what is there gives grave cause for concern because we recollect that the Bainimarama government has spent massive amounts of money on infrastructure these last four or five years, amounting to more than F$2 billion, which is about half the size of the public debt, and our hope had been that this would have multiplier effects on the economy. But when we look at the statistics which have been given, particularly in table one of the press release, it says there that the people working for money in these five years declined by four percent. This is people working for cash, for money - wage earners, salary earners, self-employed, etc. And that's an incredibly worrying thing, you know, if you've had so many years of economic growth why haven't you seen an increase in the number of people working for money? And then you also a similar decline in people who are working, not for money, these are people who are working for family things and community workers, people working in subsistence agriculture - that number also declined well by a massive 20 percent. 16,000 people. So in terms of, if you look at decreases in those numbers of people actually working, then the unemployment rates simply do not make sense. And  unfortunately what seems to have happened is that the total labour force appears to have gone down by 34,000 according to the Bureau of Stats press release. If the labour force is going down when the population is actually increasing, and it's gone down by nine percent, there is a lot of cause for concern. There is also something like an increase of 38,000, or 18 % or 19% in people who are outside the labour force. Unfortunately what this press release also shows is that wage employment, between these five years, grew by only 0.9%. Now salary earners did go up. They went up by 43%  but most of these increases in the public sector, in other words government and public enterprises employing more people and these salaried people are middle income levels and upper income levels. So we would have hoped to have seen these increases in employment for low income people who are wage earners but that hasn't happened.

JT: How can they suggest that the unemployment rate is at 5.5% - where would that figure have come from if things as you suggest the other factors you have raised have gone backwards?

WN: Unemployed are being defined by the ILO definition which is that unemployed people are those who are not working and who say that they are looking for work. They are not working but they can't find it. The difficulty is that a lot of employment in Fiji is underemployment, in other words people are working for two hours three hours a day. And if you go around Fiji you will see hundreds of young people hanging around in towns and all that. And the unemployment rate among the youth is a very, very high 18%, even by these Bureau of Stats figures, not even taking into account underemployment. The problem is that the way unemployment is defined by ILO it simply excludes a lot of people in Fiji, just as in Solomons and Vanuatu as well. To be honest if you have had this massive investment over the last four or five years what we would have like to see is job creation among the low income people, because that is where they really need employment and incomes. And this survey data is showing that the number of wage earners increased by a mere 0.5% in five years. That is abysmally low. What it seems to imply is that a lot of the money that has been invested in infrastructure has simply zipped out again because its been spent on imported goods or imported personnel costing a lot, and the economic growth that we had hoped for from this infrastructure investment, simply has not taken place. These numbers do not give anyone any comfort that the economy is doing well. And I think if you look at the real sectors of the economy, forget about the GDP figures and the growth figures, if you look at the sugar industry, if you look at agriculture, you look at all the productive sectors, you will see that they are not doing well at all. The agriculture has pretty well collapsed, the sugar industry has pretty well collapsed, tourism is probably the only bright spot. It is going ahead but very slowly. So the real indicators are not good and to be honest this recent press release by the Bureau of Stats confirms our worst fears. One good thing that this survey has shown is that participation rates in education have improved and that's because of the very good policies of the Bainimarama government brought in of freeing up education in secondary schools and tertiary level.

JT: If the unemployment rate is not translating well to the economy, what is the state of the economy, because you point to the struggling sugar and agriculture industries but you have also got organisations like the World Bank, IMF and Standard and Poors also pointing to an imporved, if you stable economy.

WN: You know to be honest, there are all kinds of reasons why the GDP can look quite good. I think one of the bright things which is not captured in this survey, is that Fiji now has a very very high level of remittance earnings, which is more than $F500 million according to the Reserve Bank. And I suspect that the retained earnings from tourism is round about $500 million as well. And the increases in GDP that has been reported in the last four or five years, a lot of it is driven by the massive infrastructure investment. Now whether that translates into economic growth in the future is yet to be seen.