A human rights lawyer says Australia's government is responsible for the latest death of a refugee on Papua New Guinea's Manus Island.

Hamed Shamshiripour's body was found hanging on Monday this week. He is the fifth detainee to die on Manus.

George Newhouse, from the National Justice Project, is acting on behalf of the family in Iran and says they want justice for a man Australian authorities knew was troubled by mental illness while in their care.

Mr Newhouse told Dominic Godfrey the family wants those who knew about Hamed's illness and vulnerabilities, but did nothing, to be held accountable. 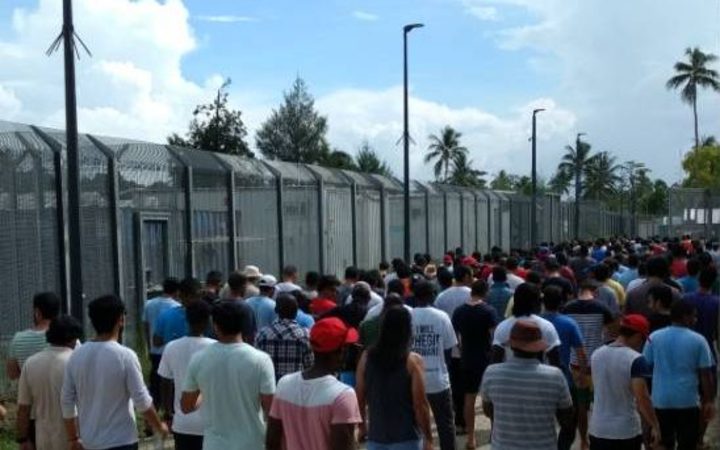 George Newhouse says the family want an urgent independent autopsy to determine the cause of death for which PNG police have ruled out foul play.

Meanwhile protests at the detention centre on Manus Island continue with inmates calling for an investigation into the latest death.

GEORGE NEWHOUSE: There is a paper trail in this case that leads all the way up the line in Border Force, IHMS [International Health and Medical Services] and in the government, and the family want to know how they could allow their son to remain without proper medical care and in such awful conditions when they knew his vulnerability.

DOMINIC GODFREY: Is his case distinct amongst those in the refugee camp on Manus? Is his treatment any different from anyone else's?

GW: The treatment of all asylum seekers on Manus Island is cruel and inhumane but it's particularly so in the case of some of the most vulnerable people with mental and other illnesses. They are being left for dead on this island without proper care and proper medical treatment.

DG: And they are under the care of the Australian government aren't they?

DG: The Australian government itself seems to be distancing or absolving itself, to some degree, of responsibility for the people on both Manus and Nauru by putting in place other agencies, from PNG from Nauru, to distance their direct involvement. How is this playing out do you see, is this a deliberate strategy?

GW: Oh yes, it's a deliberate and evil strategy to distance the Australian government from responsibility for these poor souls but it will end in more deaths and those deaths will be sheeted home to the Australian government. They want to absolve themselves of responsibility but they have put these people in harm's way and they won't be able to do it as easily as they think.

DG: So on Manus itself now there is a protest taking place. Other refugees there want justice as well Hamed Shamshiripour. What is your understanding of what's going on Manus at the moment?

GW: Well look, I'm very concerned about the men on Manus Island, they're being evicted from their compound into a place that is highly unsafe. Now here's a similar situation to Hamed where the government is knowingly placing these people in harm's way. The Australian government knows it's not safe for the asylum seekers to be outside of the compound and they are forcing them out. There have already been machete attacks and people, more people, may die and those deaths will be on the head of the Australian government.