The multi-party parliamentary panel heard a submission from the Council of Trade Unions and had questions for New Zealand's chief negotiator. 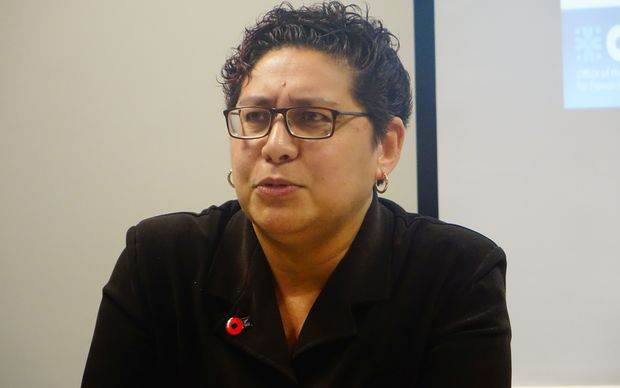 PACER Plus is back in the hands of the ten Pacific governments who signed up to the deal in June.

Each country is going through a formal review of the trade and aid agreement before signing it off officially.

In New Zealand, the deal is being examined through a parliamentary select committee and ratification process to determine whether any changes to existing legislation are needed.

Mr Coates says the two weeks for public submissions weren't enough for other than professional organisations to respond.

One of the two submissions came from the Council of Trade Unions which says the removal of trade tariffs in the Pacific would take away an important source of funding for social services in those countries.

The CTU secretary Sam Huggard says taxes on goods from Australia and New Zealand support health, education and social services, for which there are few alternative funding sources.

"One of those would be a consumer tax like a GST or a VAT, and in the end those taxes hit the poor much stronger than they'd hit people who are well-off. So if a primary way of raising money is one that negatively impacts on the poor then that's not something we could ever support."

Barry Coates says a standard trade deal is not the right model for small and vulnerable Pacific Island countries.

"However that's what the agreement has become. We're very disappointed. There are many problems with it. One of the problems is the entanglement of the agreement with aid where for example New Zealand has said that 20 percent of its aid will go for so-called aid for trade to support the PACER-Plus agreement. This isn't new aid, this is a reallocation of aid."

He says it is likely to be of more benefit to a small group of elites in the various Pacific capitals.

Barry Coates says the other concern is that three major Pacific economies, Papua New Guinea, Fiji and Vanuatu, haven't signed up to it.

New Zealand's chief negotiator for PACER Plus Tessa Te Mata says it's not intended to undermine existing regional agreements, rather it's meant to provide fuller integration and co-operation.

"What it's also intended is an opportunity to continue to improve on New Zealand's trade relationship with the region. So, SPARTECA, New Zealand and Australia were part of SPARTECA some time ago, PACER-Plus has improved on the rules of origin under that agreement. PACER Plus now covers services which SPARTECA didn't do. So this is about just continuing to expand the dynamism and the economic integration and trade that we have among the Pacific Island nations."

She says she is confident that the current ten signatories to PACER Plus will soon be joined by others.

"The fact that eight of the Forum Island countries have already signed up, that four more are going through their domestic approval processes says that, you know, the agreement is clearly something of benefit to the region."

Tessa Te Mata says it's incumbent on each of the Pacific Island countries to decide on the benefits of PACER Plus for them, and they need to take the time to do that.

The select committee has one more submission to hear before making its final ratification recommendations to Parliament.