The European Union is undertaking discusssions in the Pacific on the replacement for the Cotonou Agreement with the African Caribbean and Pacific group of countries.

The agreement outlines the EU's commitments in terms of development and other assistance it provides to the members of the ACP, including 14 Pacific nations.

The EU's Post-Cotonou High Level Facilitator, Pascal Lamy,  is touring the region to gauge views on what should be in the new document.

Don Wiseman asked him if the Pacific members of the ACP should be concerned at what the new deal might contain. 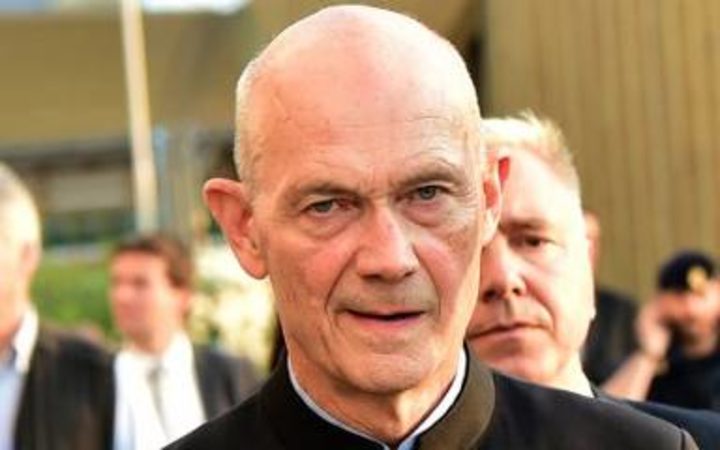 PASCAL LAMY:  I think, at least on the EU side, and I am helping the EU frame what this future EU/ACP arrangement should be,  I think on the side of the EU we are quite eager to renew this partnership, which as you said lapses in 2020, for a variety of reasons which have to do with the global presence of the European Union, with its commitments to the Sustainable Development Goals within which we can have a lot of co-operation with these Pacific countries, especially given the prominence issues like climate change, ocean sustainability now have, whereas they hadn't that importance 20 years ago when the previous agreement, Cotonou, was negotiated. So the question for the EU is not whether or not we should have a partnership with the Pacific countries in the future, but what are the priorities. What is our agenda and it is not an EU agenda that has to be imposed on them, it is a partnership. What sort of role should third players, like New Zealand, like Australia, like French overseas territories and countries play. So these are the questions that I am here to investigate, listening mostly to the Pacific islands themselves.

DON WISEMAN: I guess one of the things that has bothered the Pacific Islands members of the ACP for quite a number of years now, are these EPAs that the EU was very keen on. I should say the EPA because you want a blanket EPA for the region, but the likes of Fiji, Papua New Guinea are not keen on that idea.

PL: Well that is a long story and these Economic Partnership Agreements stem from a WTO necessity. According to WTO rules you cannot discriminate in favour of some developing countries and not others. And that is the reason why the old regime where the EU was granting trade preferences to its former colonies, doesn't float at the WTO, hence the necessity to renegotiate trade agreements with ACP countries, under the form of normal free trade agreements. Now these were called economic partnership agreements in the Pacific. The EU has signed EPAs with PNG and with Fiji, which is a reasonable chunk of the economic activity in the region. Others have decided not to join, at least for the moment, not least because countries like Samoa and Vanuatu are Least Developed Nations and they enjoy duty free, quota free access to the EU without having to provide any reciprocal market access to the European Union. So it is a complex situation. I think it will stabilise in the future and this is not the priority of the EU Pacific partnership in the future. The priority is more to do with environment resilience, with proper sustainable exploitation of marine resources, fisheries, agriculture, which are things that could really matter for the region.

DW: You would see the EU building a stronger relationship?

PL:  Yeah that's my view and probably for very simple geopolitical and economic reasons. I am convinced that in the world 20 years from now oceans will matter more than today, and they matter more today than they mattered yesterday. And the Pacific, not least because of Chinese ambitions, Japanese ambitions, Korean ambitions, the Pacific will matter more as a geopolitical challenge than it does today. Add to that climate change, where there is an obvious priority to Pacific countries. They may be only 10 million [people], which is not that much, but the vulnerability and the fragility of this 10 million is such that it has got a prominent importance on the international agenda.

DW: The post Cotonou deal, you say the EU would like to have the relationship renewed, but it is going to be quite different isn't it?

PL: Yes it is going to be different because there will be more of A/ C/ P/ - an African focus, a Caribbean focus, a Pacific focus. The existing ACP agreement was the ACP overall. This time we are trying to move to something that is more region specific. Afterall the main challenges and priorites for the Pacific region's development are not the same as for the African, which may not be the same as the Caribbean. So there will be a more regional focus and this implies that in terms of priorities of the partnership, issues like environmental resilience, like ocean management, like sustainable agriculture or sustainable energy, all will probably feature, because they are more Pacific specific, higher than they did in the previous partnership.

PL: I think the architecture the EU has in mind is one deal but three different protocols.