Kiwi Doug Tennent could soon be back in PNG

Mr Tennent, a lawyer, was thrown out of the country illegally nearly two months ago.

He had been working with the Archdiocese of Rabaul, advising Archbishop Francesco Panfilo on the concerns people in one district of East New Britain had over their relationship with a multi national company involved in logging and oil palm, Rimbunan Hijau.

Mr Tennent, who is a New Zealander, was removed despite a court order stopping it.

The church had taken legal action over this and to seek a new visa but Archbishop Panfilo told Don Wiseman that a compromise has been reached. 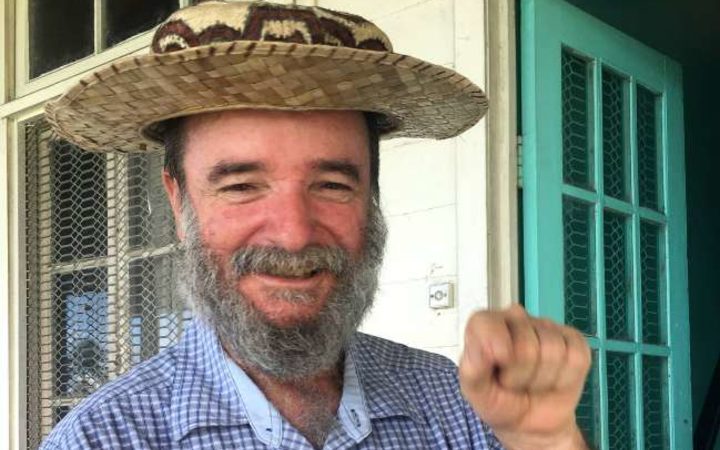 FRANCESCO PANFILO: We have come to an agreement that the Immigration will issue a new visa for the return of Mr Tennent for the 8th of August. And on our part we will drop the legal proceedings and discontinue. If they were not to keep this kind of an agreement then they'll have to explain on the 10th of August why they cannot be in contempt of court.

DON WISEMAN: But you have made a deal that otherwise any other legal action you would take, you would let go, you wouldn't proceed with it?

FP: Yes. Of course, I understand, to be honest, there are several people who are telling me that this is not the right thing to do. Those who cause all these problems should face the demands of the law. But we are not after blood or we are not being vindictive. We just want Doug to be back and that to be back as soon as possible.

DW: Once Mr Tennent gets back into the country, I guess the big issue is whether he is going to be allowed or constrained in any way from doing the work her was doing before. Do you think he will suffer limits?

FP: At this point in time, I don't know. We are hoping that this will not happen because, first of all, he will not be restricted in what he used to do as administrator of the archdiocese that he will not be restricted. The issue here is involvement in the advocacy of the Archdiocese of Rabaul for the people of West Pomio, but he was giving me legal advice, because the people have asked me to get involved which I did and I was lucky that after a couple of years that I was involved in advocacy, Doug, when he came to this Archdiocese, being a lawyer, he gave me legal advice and that certainly helped the people of West Pomio - the landowners. So I don't know if they will put some restriction on that. If they were to put some restriction on that, as a church we want to clarify this issue with the state. Because I feel it is not right to restrict the religious exemption - to let's say, it seems that the understanding at Immigration for religious workers are intending, for example, a bishop, a priest, a sister and not a lay missionary. Why not a lay missionary? The command of the lord Jesus for justice and peace for the care of the poor and abandoned little ones is very clear, is for everybody, for every Christian, not only for a priest or a sister. So probably we might need to continue the dialogue with the government.