Small island states are turning to other nations like the People's Republic of China to garner more support for climate change efforts in the region.

After the U.S. President Trump withrdrew support from the Paris agreement, the international accord to restrict global warming, others are looking to fill the gap. 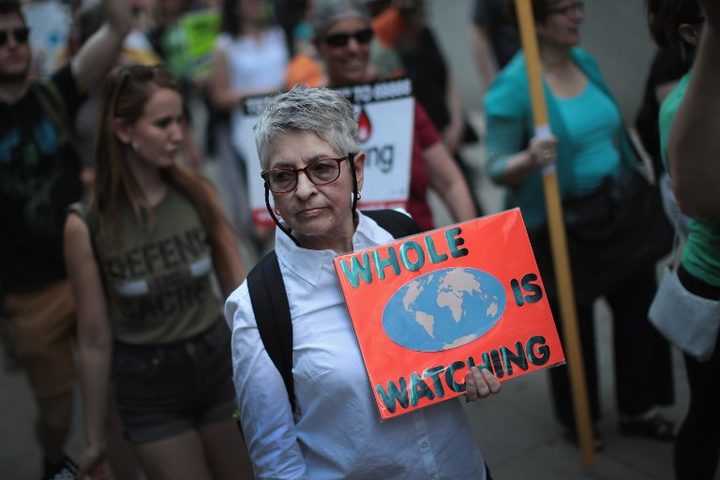 Everyday, Pacific nations are fighting for their island's survival as they contend with the ongoing effects of climate change.

Fiji is the first small island state to preside over the conference of parties (COP23), the annual round of the ongoing UN climate negotiations later this year.

A policy analyst and consultant for the Fiji government, Joseph Veramu, says its Prime Minister is on a mission to get developed nations to reduce emissions and China seems committed to doing more to support.

"Fiji was the only Pacific nation invited to the Belt and Road, the global leadership meeting, that was held in Beijing in May and I understand that Frank Bainimarama met separately with the Chinese Premier and also with the Chinese President Xi Xinping and the reports also said that they discussed the climate change and the Paris agreement and the need to bring down global carbon emissions because effects are being felt in many Pacific countries."

He says an interesting observation is that as a result, China and the EU have grown closer and India too.

"Both India and China they have also funded the Fiji COP 23 presidency and as well they have also signed an agreement for capacity building on climate change so that is an area they will be working with Fiji and the Pacific. Also in the area of renewable energy and that is part of it. And also other EU has come on board and has been very supportive."

He says at this month's Climate Action Pacific Partnership Event in Suva, Pacific leaders spoke passionately about environmental sustainability and how the need to act is urgent.

The director of the Centre for Pacific Island studies at the University of Hawaii says Fiji is helping to pursue an alternative path forward.

Terence Wesley Smith says there are big implications on how the leaders view the US now, but in the interim China's profile has been rising.

He says the fact China stays committed to the accord is significant.

"China has shown that its serious about doing something about that and the fact it committed to the Paris Accord I think is very significant and with the attitude from the Trump administration has allowed China to be seen as a leader of the global movement in a way that it wouldn't have perhaps been the case had the US stayed with Paris."

And he commends Fiji.

"The sanctions to do with the 2006 coup, a lot of the driving force since then on behalf of other Pacific Island countries has been the issue of climate change and the ongoing lukewarm response particularly by Australia and to some extent New Zealand. So climate change has been this sort of spark to develop new ways of doing things in the region."

The director of research at The Australian Institute think tank, Rod Campbell says China is getting more serious about climate change.

Mr Campbell said he lived in China for a few years and the air quality and use of coal for power and heating is a really big deal, but now there is this domestic political push for China to clean up its act and reduce its coal use.

He says the Trump administration's withdraw from the Paris Accord presents a huge opportunity for the Pacific to grab China's momentum re fossil fuel reduction and implementation of a coal mining moratorium.

"I think China is obviously pretty central to any international agreement as they are the biggest greenhouse gas emitter and the biggest coal user. So China is very important to any international climate change negotiation. But what is perhaps most interesting about China and the next round of negotiations is that China has already implemented a policy of no new coal mines."

He says China is also eyeing up more jobs in the green economy.