Fiji's military says it will accept results of election

A scholar of Fiji politics says the military's assurance that it will accept the results of next year's election could instead spread anxiety.

The military's chief of staff, Colonel Jone Kalouniwai, says the military has learned from past mistakes and will accept the results, no matter what outcome.

But Canterbury University's Steven Ratuva told Jamie Tahana similar assurances have been made before previous coups. 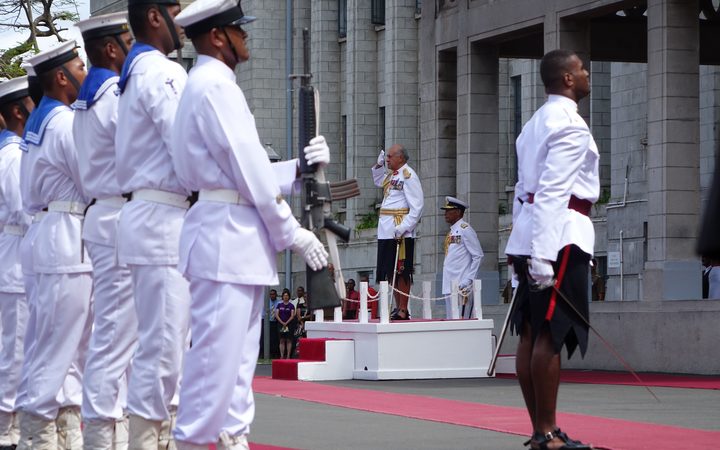 STEVEN RATUVA: Yeah recently there have been statements by the chief of staff of the military in response to what people - particularly politicians - have been talking about in relation to security. Now there are two sides to it; one is although the military might see it as a way of assuring the population of Fiji of security now that the election is coming, on the other hand just by making this public statement, it can actually be seen as meddling and interfering in local politics. So for the military to be making public statements, it can be seen as not only interference but also as something which can mean different things to different people. So in 2006, just before the coup, the military was saying that there will be no coup. But it happened. So it has the potential to create anxiety, it has potential to create confusion in the minds of the population.

JAMIE TAHANA: Similar promises have been made before, haven't they. Before 1987 and in other instances they've made the promise that there will be no interference and less than a year later governments have been toppled. Can you put anything into this assurance?

SR: Yes this kind of assurance has been going since after 1987. In the 1990s and then, certainly, after the 2000 coup and in the buildup to 2006 and after 2006. So it's kind of become repetitive. I'm not suggesting that there might be military interference in terms of the political process up to the election, but all I'm suggesting is that in peoples' minds it's going to create that confusion, because they know very well that such assurances didn't work in the past.

JT: He's making the assurances, but also in the past couple of weeks they've also commented on the policies of the National Federation Party, Sodelpa and the Methodist Church. It's sort of saying one thing and then doing the other in a sense, isn't it?

SR: Yeah I think there has to be a clear line drawn here. You have the political sphere, where political parties are engaged in political dialogue and campaign - the normal thing they do. And on the other hand, I think the military should try as much as possible to keep away from any participation in that discussion because its role is very different and by being directly involved in the discussion, they're actually creating a sense of fear and a sense of anxiety of what its role should be. While its role, generally, has to do with security and the fact that they are intervening in the debate - the political debate - they're actually already involved in scrutinising the political debate which really should be left with the civilian politicians.

JT: That security debate, the military would argue that constitutionally they are enshrined with the protection and security of Fiji and all Fijians, whatever that means. Is that vagueness part of the problem?

SR: Well it's more the problems of that provision in the constitution. It can be interpreted in different ways. At what does the military get directly involved in security matters? Is it in times of emergency or is it in times of normal political discussions?