A New Zealand academic says the World Heritage listing of Taputapuatea marae in French Polynesia is a recognition of the sea-faring history that exists in the region.

Last week, UNESCO accepted the bid for Taputapuatea to become a world heritage site after nearly two decades of campaigning.

The marae complex is about 1000 years old and is seen as the point of origin for Polynesian seafarers who travelled to Rapa Nui, Hawai'i and New Zealand. 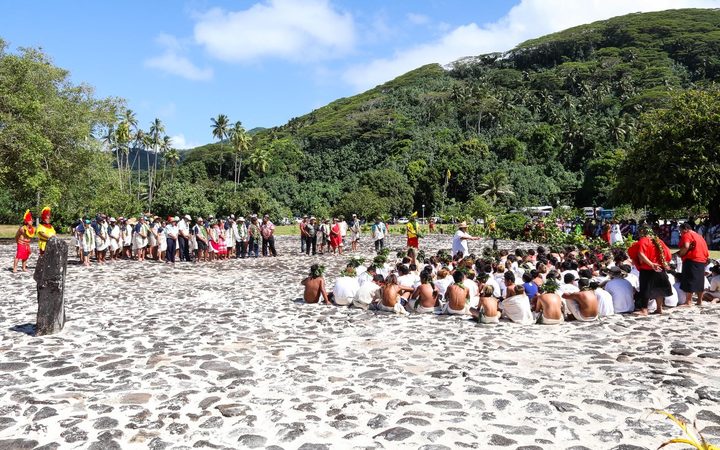 DAME ANNE SALMOND:  I had the joy really of working on the early contact period in Tahiti and before as a scholar and writing a couple of books about that. It became very plain in that research that Taputapuatea was one of the great voyaging sites in Polynesia. It was the heart of the Arioi society and those voyagers, those star navigators went out all over east and central Polynesia but also came south to New Zealand. It's an extraordinary site and very, very important in world history.

KORO VAKA'UTA: And as you mentioned, you have had a bit to do with it and you've seen the journey it has taken, I think something like a couple of decades     to get to this point with lobbying and trying to get UNESCO to list this site, why do you think it has taken so long?

DAS:  I think it has taken a long time because, as you will know, for many years the European scholars found it difficult to believe that the ancestors of Polynesians could have explored and settled a third of the Earth's surface by deliberate means. They thought that these must be accidental voyages and drift voyages and that people went out fishing and got caught in a storm and ended up in another island. They didn't really accept the exceptional skill and sophistication of those voyaging techniques and the star navigators and so it was difficult, I think, for the UNESCO committee to understand, perhaps to begin with, the importance of Taputapuatea as a hub of a voyaging network that went from Hawai'i in the north to Easter Island, Rapa Nui in the east and down to New Zealand in the south. That these were the star navigators, very great sailors who colonised vast stretches of the Pacific Ocean, a third of the Earth's surface, long before Europeans did.

KV:  It really is a site that kind of binds and links the people of the Pacific together doesn't it?

DAS:  Yes when I have been there, and I have been there a few times, been there on occasions when other star navigators from other places visited Taputapuatea and it is always exceptional. You will know from talking to some of the contemporary navigators just how important that site is to them and they go there and they take their voyaging waka there again and they lay down stones from their own islands. It's remained a hub for the Polynesian network of contemporary sailors as well.

KV:  We know how special and why it is significance for Polynesians and indeed people of the Pacific, why do you think therefore it was needed to get this UNESCO listing though?

DAS:  I think it is important that the rest of the world understand the feats of those star navigators in exploring the Pacific. It is huge. It is a third of the Earth's surface and the fact that the ancestors of Polynesians devised fast, flexible sailing canoes and were able to navigate by the stars and the currents and the birds and do that successfully so that they reached these far-flung islands long before Europeans did and populated this great oceanic domain. It's something that the rest of the world needs to acknowledge I think.

KV:  You have written a bit about this and studied it and been there but is there enough literature or material being written or even being told in schools, educationally about Taputapuatea?

DAS:  I don't think so. I think even in Tahiti when I first went there, because a lot of the history had been submerged, that early contact history but I think the way in which people have fought to have that voyaging legacy honoured and recognised has been very powerful. The same in New Zealand and the same in Hawai'i with the Hokule'a. The same in Easter Island, Rapa Nui as well. That bringing back the voyaging tradition and having it recognised by the rest of humanity as a major part of world history I think has been something that is very powerful for Polynesian people.