The Samoa Rugby Union has rejected allegations of severe mistreatment, saying the family of the player who made the claims only did so because their son was dropped from the national under 20s team.

Ethan Lolesio was dropped from the team to compete at the Under 20 World Cup in Georgia.

Head coach Mahonri Schwalger says the allegations would never have been made if the player had been selected. 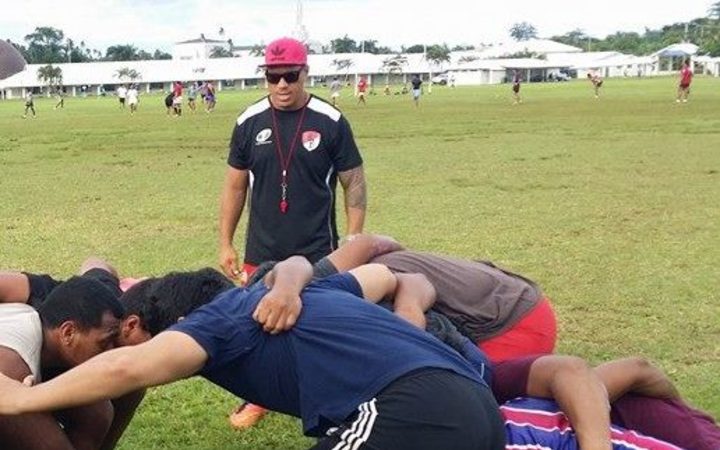 MAHONRI SCHWALGER: It's always going to happen - there will be some parents that are not happy at not picking their child in the team but that's just the way it is. Here in Samoa the HPU (High Performance Unit) and the (Samoa) Rugby Union facility is one of the best so I don't see where all those accusations are coming from. These kids are fed well, they have five meals a day so every parent wants the best for their kid and I guess some parents will come out if their kid is not getting picked for the World Cup.

VINNIE WYLIE: As far as you can tell, you've obviously been with the team both as a technical advisor and then taking over as head coach in the lead-up. As far as you're aware, the players were getting their meals and there was running water etc?

MS: Yes. I joined the team at the Oceania (Championship prior to the World Cup). They had a few problems through the coaches and it's just that communication line and that's the reason why the coaches stepped down because there was a lot of things that didn't go well for them, between the players and the parents, and they sort of hired me to try and step in and try to fix that but obviously things didn't go well to the World Cup and obviously the son of the parents didn't make the team and now they're all coming out (in the media). It's pretty tough. We've got to make sure that we take the positives out of it and the Rugby Union they're run by really professional people. And I'm not saying they're perfect, I'm not saying they will never make mistakes but obviously this kid is really disappointed he didn't go to the World Cup.

VW: Did you see the boils that were on his body, or anything like that, at the time?

MS: It's a tropical island and the thing is in a tropical island if you don't look after yourself well, in terms of your nutrition and what you eat...these kids, in the Rugby Union they feed them five meals. They have a nutritionist as well. These kids, when they don't get what they want to eat they go back out in town and eat something different and the other thing is well is hygiene as well, where they're staying. The facility is one of the top facilities too - it's only about seven years old so everything is brand new. This kid: I know the kid, he's pretty spoiled and he's one of those kids that he wants to get everything on the plate and it's pretty sad because it wasn't just only him that had the boil - probably about 7-8 kids in the team had the boil.

VW: I guess the allegation put forward by the parents, or the family, is that that duty of care, when something like that happens, wasn't afforded to their son?

MS: The Rugby Union has doctors and physios. The thing about it (is) they have physios and doctors there all the time and we have complained because some of these kids don't even go and see the doctors. There's always two sides of the story. The thing is if this kid was in the squad he would never complain but obviously we didn't pick him and he came out (in the media). There's a lot of things going (on), because I wasn't there from the beginning but I see what happened in that environment and obviously the last coach didn't try and solve the problem. He sort of let it spread instead of trying to solve the problem.