Efforts to make some islands in the French Pacific predator free has resulted in the revival of certain species of birds on the brink of extinction.

One of the global species of threatened birds is the Polynesian Ground-dove or Tuturuturu, that had less than 200 birds left on the planet. 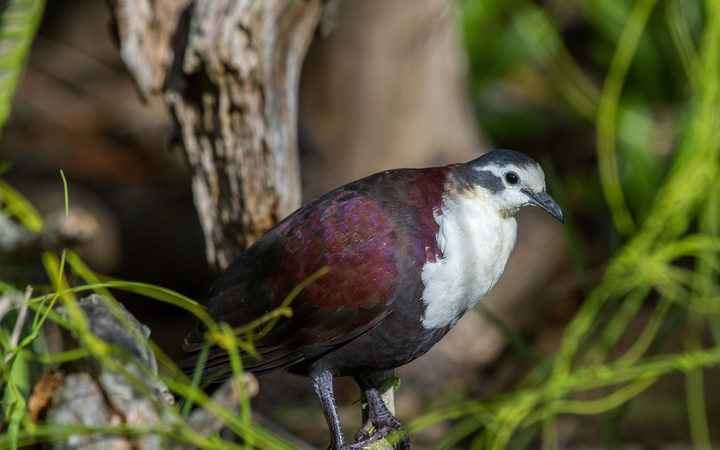 Birdlife International Pacific Programme Manager, Steve Cranwell, says it has been quite an operation with many stakeholders and organisations involved, and cost just over US$1 million.

"It actually dates back to about 2000 when the concept was launched so yeah the process of raising the funding and working through the technical planning process and getting the partners together around the island restoration operation, yeah a good 2-3 years and so we ultimately implemented that in 2015 and that was done as a consortium with our partner in French Polynesia, Island Conservation, Birdlife and of course many many others."

Mr Cranwell says that the Polynesian Ground Dove needed urgent attention to ensure its survival and they are already seeing results.

"Rats and cats was the main reason for its decline so since that time we treated six sites and of those, three were atolls. That was the habitat it primarily uses,and it has since re-established on one of those where it previously was not present and increased in number on another and that population will continue to go from strength to strength."

The Auckland-based Pacific Invasives Initiative came on board in 2006 when approached for help to prepare a eradication programme in the area in order to repopulate the Ground Dove, as programme manager Souad Boudjelas explains.

"They wanted to expand the habitat for it. That was the main reason for the eradication at the time. So at the time too, we engaged with the Department of Conservation and they helped us to increase our capacity to deliver the technical advice we were providing. And so over the years we have provided training too to staff who are the project managers."

She says eradication is good as by removing a pest like rats, you can maintaining copra industries and protect people's sources of income.

It also helps limits exposure to diseases and potential impact on people's health in communities too.

But Ms Boudjelas says getting rid of pests like rodents and cats as well as invasive plant species is a growing development challenge in the Pacific region.

"We are still lacking the political will for invasive species management in the region, so there it ' about mainstreaming it into the development agenda as a priority because it does impact on communities."

Mr Cranwell says it was quite a big undertaking due to the location and logistics of getting the equipment and supplies off the vessels that took them to the islands.

He says it all had to come from Tahiti, 1500 kilometres away from the Acteon and Gambier group.

He says the Tuamotu Sandpiper,  that's endemic to French Polynesian, is also being targeted to ensure it survives.