Funeral preparations are underway and tributes are flowing for Vanuatu's President, Baldwin Lonsdale.

Father Lonsdale, who was 67, died at the weekend after being rushed to hospital following a suspected heart attack.

A national week of mourning has been declared and flags are flying at half mast. 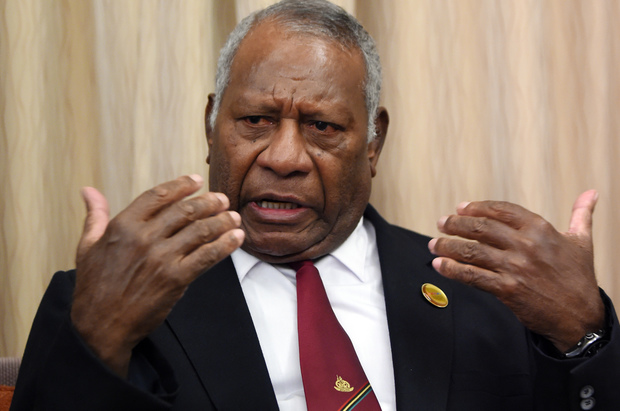 Our correspondent in Vanuatu Len Garae says the country is mourning the loss of Baldwin Lonsdale who was appointed Vanuatu's head of state in 2014.

The president's sudden passing is still a shock to the whole country because since Vanuatu gained its independence from Britain and France almost 37 years ago, there have been six different presidents but none have passed away while in office. So this has come to the country as a real shock and the whole country is in mourning.

Father Lonsdale had worked as a senior civil servant, as secretary general of the Torba provincial government and became an Anglican priest before his election as president.

He led the appeal for international assistance after Cyclone Pam devastated much of the country in 2015.

A former government minister, Sela Molisa, says Father Lonsdale turned a largely ceremonial role into a pillar of stability during a political crisis later that year.

When the president was overseas, the then-speaker of parliament, Marcellino Pipite, as acting president, pardoned himself and 12 other MPs of corruption convictions.

Father Lonsdale overturned the convictions on his return to the country, vowing to 'clean the dirt' from his backyard, before dissolving parliament and calling snap elections.

He also had the support of MPs like Sela Molisa.

He was firm and he wouldn't get swayed one way or another. But in the end he took a decision which was under the constitution as he had what we call discretionary power to dissolve parliament on advice and on the recommendation of the council of ministers and in the end he weighed up what was in the national interest and I agreed with him."

Mr Molisa says the president was a humble man dedicated to the principles of the rule of law.

"So he was highly regarded. I'm sure the government and every other - especially at the political level - people would recognise that Vanuatu has lost a very outstanding leader."

A funeral service will be held at Parliament House on Wednesday before Father Lonsdale is flown to his final resting place later that day.

Our correspondent Len Garae says the president had made his final wishes known.

"The body is going to be flown home to his home island of Mota Lava in the Banks Group in the Torba Province, which is up north in the country and not far from the Solomons and this is where he is going to be laid. There are reports that he specifically requested that if something should happen to him, that he preferred to be buried in the grave next to his dear wife, on his home island."

The day of the funeral has been declared a public holiday.