In a world of shrinking aid budgets and closing borders New Zealand is well poised to show global leadership according to this country's umbrella body for non-government organisations.

The New Zealand government effectively has an 18 percent increase in aid available in the coming year after two consecutive years of underspending in the three year funding cycle implemented by former foreign minister Murray McCully.

It's not yet clear how much of the additional money will be spent in the Pacific.

But the director of the Council for International Development, Josie Pagani, told Koroi Hawkins that given cuts by the US and Australia to their aid budgets, New Zealand can assert some international leadership. 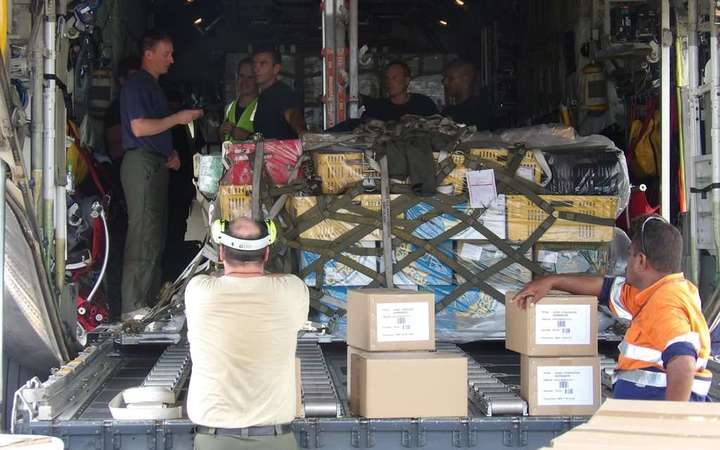 JOSIE PANGI: The increase isn't surprising. It's about an 18 per cent increase, but is actually a catch up because the aid spend is over a three year period and we are into the third year. I actually don't have a problem with an underspend in the first year and the second year because it does just roll over and I like the approach, in a sense, of MFAT we've permission to fail, that we can be flexible and we can adapt and the money can move around. I get the thinking behind that, but the problem is in the third year you have suddenly got to spend the underspend over the last two years, so that is why it looks great, it looks like an 18 per cent increase but it is actually a catch up.

KOROI HAWKINS:  So it is part of that triennial, that three year budget spend?

JP:  Exactly. That's the problem. It is part of the triennial, three year, budget spend and it's OK to roll over the first year and the second year but in the third year you have got to spend all that money, the underspend, so it can look like more than it actually is and the danger is you can spend for the sake of it. As far as the sector, the NGOs in New Zealand are concerned, we look forward to working with MFAT and working with the minister to identify the highest impact that we can have with that money because it is important that is not just spent because you have to spend it because it is the end of the three year phase.

KH:  We have a got new foreign minister and we have also got elections coming up, what can countries in the region and New Zealand aid recipients look forward to, do you think, with these changes or possible changes?

JP:  I think as far as the Pacific is concerned the new minister, minister Brownlee, as I understand it the focus will remain firmly on the Pacific. That will be the priority. I think there is a lot of goodwill. It is interesting that the minister, the first thing he did was want to do a trip around the Pacific. I think that is a really good sign that the Pacific will continue to be a strong focus for the new minister. I think what we would like to see, and I get a feeling that the minister is open to all sorts of things in the Pacific, we would like to see increased spending on climate change adaptation in particular. At the moment a lot of the climate change work in the Pacific comes out of the existing New Zealand aid budget and the problem is that ends up taking money away from the freshwater scheme, the wash schemes, from education, from health and so on. We would be looking to work with the minister and make the case that in the Pacific, what we need to do is spend money on adaptation. That means looking at soil fertility, looking at changing needs of agriculture, with the encroaching seawater's effect on the land and looking at how we can have projects that support fresh water and so on. As well as preparing for stronger cyclones that are inevitably going to come and that stuff needs to be funded out of a stand alone climate change budget on top of ODA.

KH:  Now the previous minister Murray McCully has been criticised in some circles for his aid spending. His focus has been on larger infrastructure and more national orientated business interest sort of aid delivery programmes, is there going to be a change do you think under Gerry Brownlee?

JP:  I think the focus of the government to date has been, if you take climate change for example, has been on mitigation. How can we mitigate the effects of climate change in the Pacific? And that's not a bad thing. There has been some good projects there. There has been a big roll out of solar infrastructure, of support for energy sources that move away from anything that contributes to climate change and that's positive. But what we would like to see and what I would hope that with a new minister and a slightly new focus, there would be a greater emphasis on stuff that helps people in communities adapt to the effects of climate change and that's going to be what we are looking for. It's not that the mitigation projects, the infrastructure projects and particularly the roll out of solar energy across many areas in the Pacific hasn't been a good thing, it has, but you need adaptation too. You need projects that will deal with climate change right now.

KH:  Now where does this place New Zealand in the international aid donor community with the US obviously shrinking or intending to shrink its budget and Australia having a huge cut to it, do you see any signs of New Zealand following suit in the future?

JP:  I see a huge opportunity for New Zealand to take a leadership role. At the moment there is a big push across the world, whether it be the US in the recent elections or whether it be in other elections too, of isolationism, of moving away from looking out for each other, of being good global citizens, of doing our bit for refugees, whether they be in Syria or whether they be climate change refugees. Doing our bit for famine in the horn of Africa and particularly for us in our own backyard, in our own region, doing our bit for the effects of climate change in the Pacific. I see New Zealand as being in a prime position now to go out and show some leadership about what it means to reach. What it means not to be isolationist, to reach out and be good global citizens.