Police in Solomon Islands say community support will be the backbone of their crime prevention strategy post RAMSI.

The Australian and New Zealand led Regional Assistance Mission to Solomon Islands departs the country at the end of next month having spent 14 years and billions of tax-payer dollars rebuilding both the country and its police force after a bloody ethnic conflict.

The deputy police commissioner of Solomon Islands Gabriel Manelusi says RAMSI leaves a highly trained and well equipped force which is ready to stand on its own two feet.

He spoke with Koroi Hawkins who began by asking him about a two week gun amnesty launched on Monday, the second in Solomon Islands history.

The first was conducted in 2003, shortly after the arrival of RAMSI and the end of the ethnic conflict. 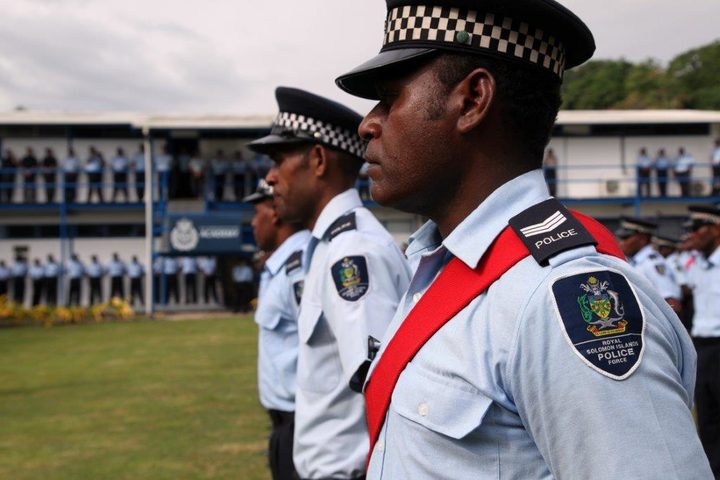 GABRIEL MANELUSI: The first one [amnesty] is a very successful one that is in 2003 a lot of former militants surrendered their arms so that is a very benefits for the country at the time.

KOROI HAWKINS: And 14 years later now as the Regional Assistance Mission to Solomon Islands prepares to leave you are having another one. Is that just to mark the occasion or is there still concern that there are arms out their in the community?

GM: There is information about that but there is no facts or evidence been passed to police but this a, its an opportunity a last chance if there were any and there will be not leniency for persons found with illegal firearms after number nine.. [Amnesty ends on the 9th of June] The focus of this is really drive towards the crime prevention model that has been introduced in Solomon Islands.

KH: With RAMSI leaving next month in June in your view is the Royal Solomon Islands Police Force ready and up to the task?

GM: The Solomon Islands Police Force we are ready to take up the responsibility of looking after the Solomon Islands sovereignty and security. The whole approach is on the crime prevention model as I have said. And we have been identifying the drivers of crime as well. The drivers of crime is one is alcohol and drugs and also family violence and the third is issues affecting youth that is unemployment and environment and resources like mining and logging. Those are drivers of crime and how can we share the cooperation together networking together to empower them in the problem solving. The police is impressed on the support of all stakeholders within the national, provincial, local community, churches there is moral support by everyone. That is the whole idea so that we build a Solomon Islands as a safe and peace Solomon Islands.